Vincent Laurini's first Empoli goal rescued his team a point with a 1-1 draw against Sampdoria in Saturday's Serie A meeting at the Stadio Carlo Castellani. 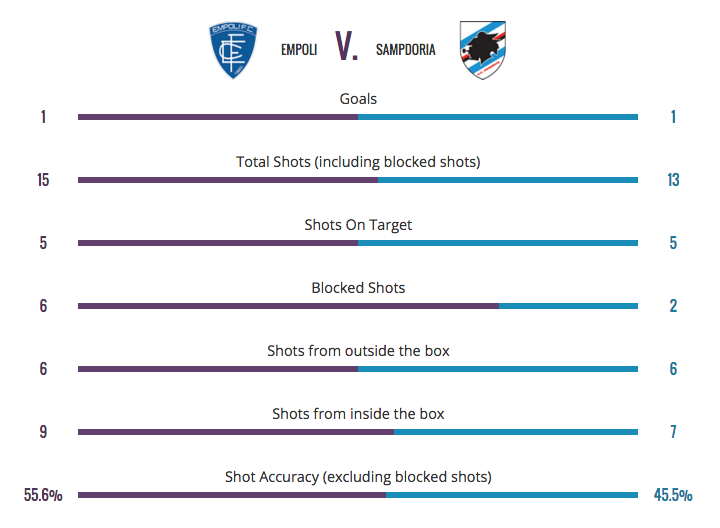 Empoli made a positive start to proceedings, Manuel Pucciarelli striking the foot of the post after being released by Leandro Paredes midway through the first half.

But Marco Giampaolo's team looked to be on course for a fifth successive defeat when, four minutes before half-time, Quagliarella found space in the box and saw his strike deflect off Laurini and beyond Lukasz Skorupski.

Empoli dominated possession throughout the second half and finally pulled level in the 82nd minute, Laurini connecting with Mario Rui's delivery at the back post to steer his header past Emiliano Viviano.

Despite the delight of earning a point, Empoli are winless in their last 10 top-flight outings, while Sampdoria sit 13th.