Uruguay confirmed qualification for the 2018 World Cup on Tuesday, defeating Bolivia 4-2 in Montevideo.

La Celeste made life difficult for themselves, going down early via a Gaston Silva own goal. Before the half was over, Uruguay substantiated their dominance through strikes from Martin Caceres and Edinson Cavani.

Luis Suarez then scored a brace before Diego Godin added another Uruguayan own goal, in a chaotic finish to CONMEBOL's qualification cycle.

Although Oscar Tabarez's side were assured of at least the play-off, the win saw them finish in the second place they already held, and book a place in Russia next year.

Uruguay evidently did not want to leave anything to chance, and attacked from the outset.

Chances fell to star duo Suarez and Cavani in the first five minutes, but while Cavani blasted his shot over the bar, Bolivia goalkeeper Carlos Lampe denied Suarez with a fine reflex save.

Rodrigo Bentancur and Giorgian De Arrascaeta continued to find pockets of space between the Bolivian lines, though the final pass was lacking.

Although the home side completely controlled tempo and general play, Bolivia hit the lead after 24 minutes. Following Marcelo Moreno's headed flick-on from a throw-in, Godin attempted to blast the ball out of danger. 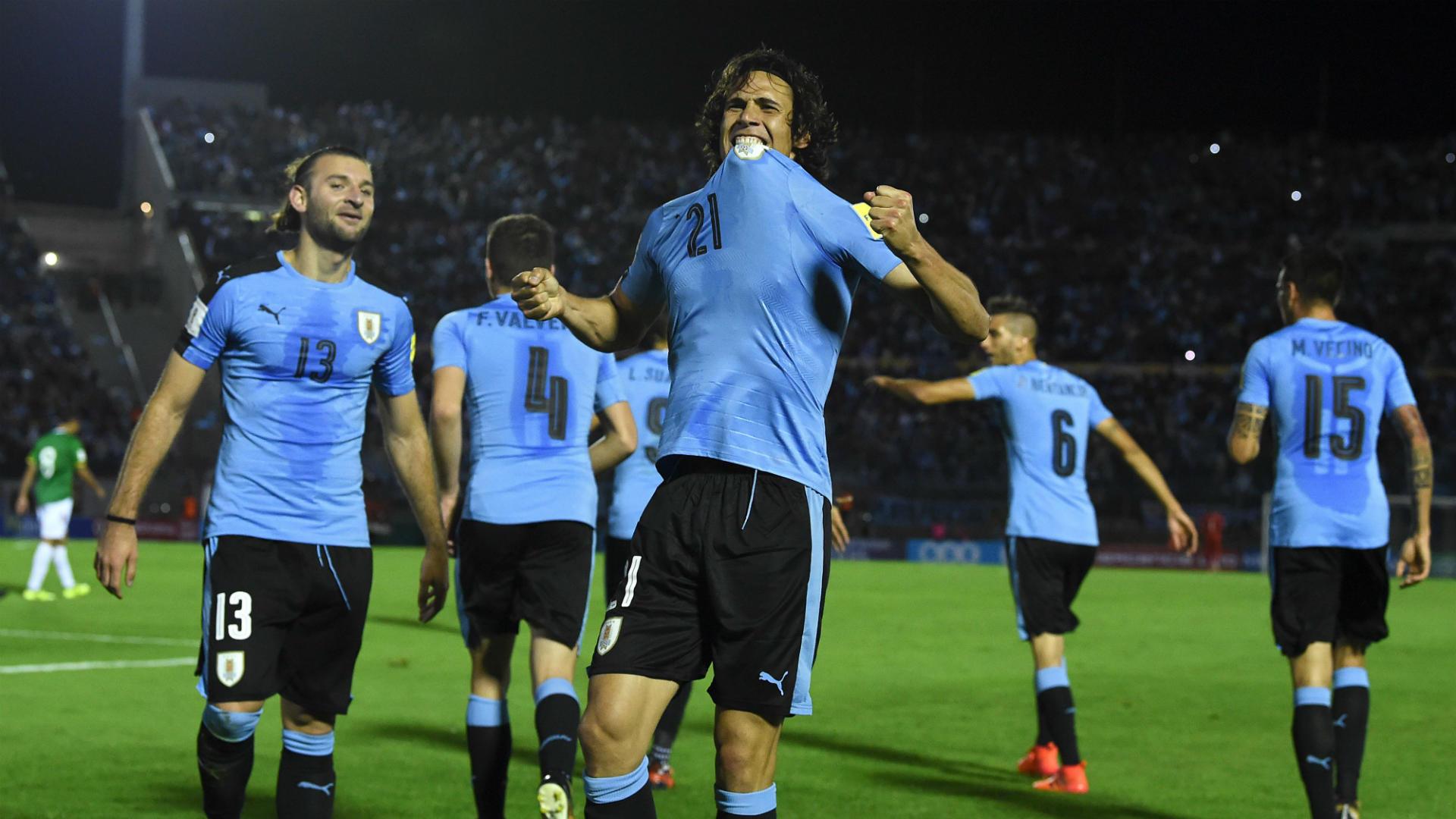 He only managed to hit team-mate Silva, with the ball wickedly deflecting past Fernando Muslera and into the net.

Conceding entirely against the run of play, a lack of Uruguayan precision closer to goal led the home crowd at Estadio Centenario to grow further impatient.

In the 32nd minute, Bentancur, Cavani and Suarez all combined brilliantly to create an opening, but Lampe once again denied the Barcelona striker, diving low to his left.

Three minutes later, Suarez smartly set up Arrascaeta, yet with only Lampe to beat, his mistimed effort bobbled wide of the goal.

Caceres found the all-important equaliser in the 39th minute, however. Again, it was Suarez's assertive movement that forced the Bolivian defence to scramble.

Although nobody met Suarez's initial cutback, Silva made amends for his own goal with the eventual assist. Driving a pass back across the penalty area, Caceres was on hand to finish.

One did not seem enough for the left-back, however, as he set up Cavani for Uruguay's second three minutes later.

Overlapping to get to Arrascaeta's pass, Silva put in a perfectly weighted cross for an unmarked Cavani to attack.

Suarez extended his all-time tally to 49 with a lovely finish in the 76th minute. Substitute Cristian Rodriguez found the Uruguayan talisman with his back to goal, before he finished across Lampe on the turn.

With a significant part in Silva's equaliser, Godin added another Uruguayan own goal after Juan Carlos Arce's delivery into the penalty area, heading past Muslera.

By then, however, the match was over as a contest.