The official emblem for the 2022 World Cup in Qatar has been revealed by organisers.

The logo, inspired by local and regional Arab culture and landscapes, is described as embodying "the vision of an event that connects and engages the entire world".

"The swooping curves of the emblem represent the undulations of desert dunes and the unbroken loop depicts both the number eight – a reminder of the eight astonishing stadiums that will host matches – and the infinity symbol, reflecting the interconnected nature of the event," a statement released by FIFA said.

Qatar's Supreme Committee for Delivery and Legacy added: "The infinity sign symbolises the legacy of the FIFA World Cup Qatar 2022, which will continue to inspire and accelerate development in Qatar, the region and globally, well after the tournament draws to an end."

The Official Emblem of the FIFA #WorldCup Qatar 2022 embodies the vision of an event that connects and engages the entire world, while also featuring striking elements of local and regional Arab culture and allusions to the beautiful game. pic.twitter.com/Z9k2UlaISm

The design echoes the World Cup trophy and also incorporates elements of a traditional woollen shawl, often worn in the Gulf in the winter.

"The regionally inspired winter garment also alludes to the tournament's start dates and the fact that it will be the first FIFA World Cup to be played in November and December," organisers said.

Qatar's Supreme Committee says the design also points to the eight venues for the World Cup matches, on which construction work continues.

Tuesday's launch took place on Qatar's Independence Day and saw images of the logo projected onto buildings and monuments across the world.

Preparation for the tournament has been mired in allegations of mistreatment of migrant workers who have been employed on construction sites. 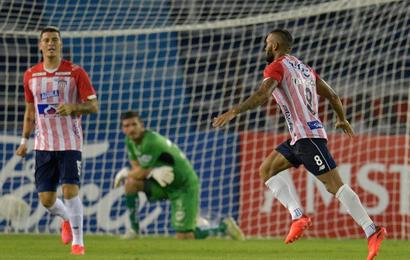 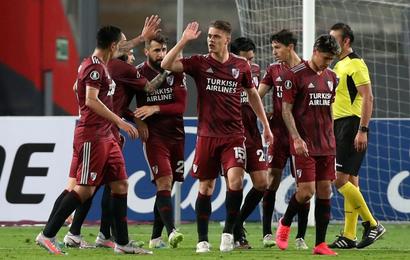 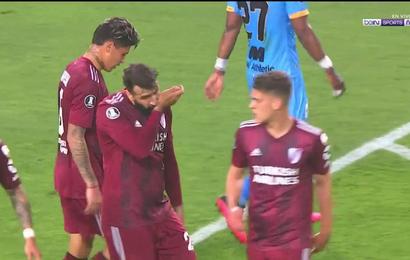 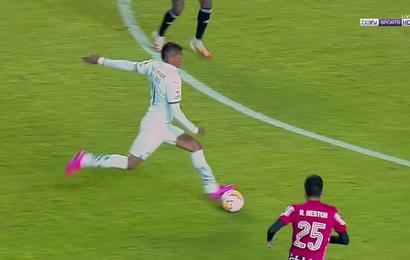 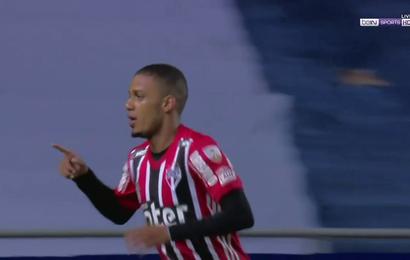