Levante produced a crucial comeback to defeat Espanyol 2-1 on Friday and boost their chances of La Liga survival.

The hosts, who came into the match bottom of the table, fell behind in the seventh minute when a Victor Sanchez throughball found Hernan Perez and the Paraguay winger took one touch before finding the bottom corner.

But Levante levelled midway through the first half. Giuseppe Rossi whipped in a free-kick from just outside the corner of the area that caused confusion in a crowded box and found its way inside the far post. 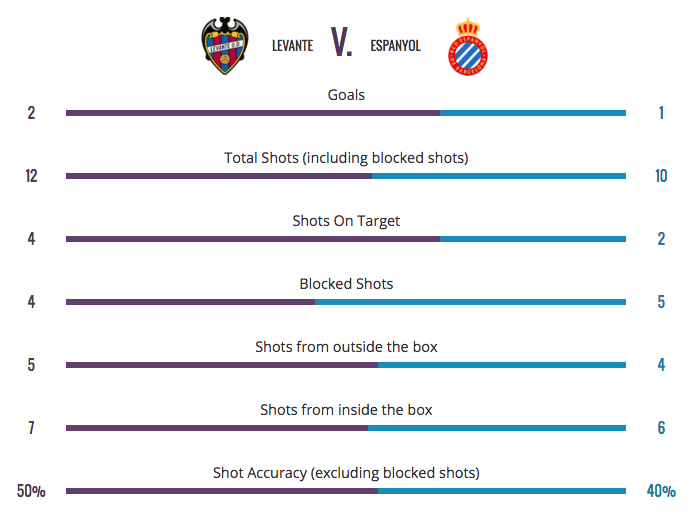 Victory was sealed 24 minutes from time when a precise free-kick was angled in by Joan Verdu and defender Carl Medjani turned it in from six yards.

Levante's first win in four league outings means they sit level on points with the other two teams in the bottom three – Sporting Gijon and Getafe – and two adrift of Granada outside the drop-zone.

Espanyol have lost two consecutive matches and are not assured of safety yet. They are eight points clear with five matches to play, but that gap could be reduced when four of the five teams below them in the table are in action later this weekend.