AC Milan's European hopes took another blow as Vincenzo Montella's side could only earn a scrappy 1-1 draw at relegation-threatened Crotone on Sunday.

After a damaging defeat at home to lowly Empoli last week, Milan were looking for a timely three-points against 18th-placed Crotone at Stadio Ezio Scida.

However, the strugglers took the lead after just seven minutes when Marcello Trotta pounced on a scramble in the Milan box to fire home his first goal in six months. 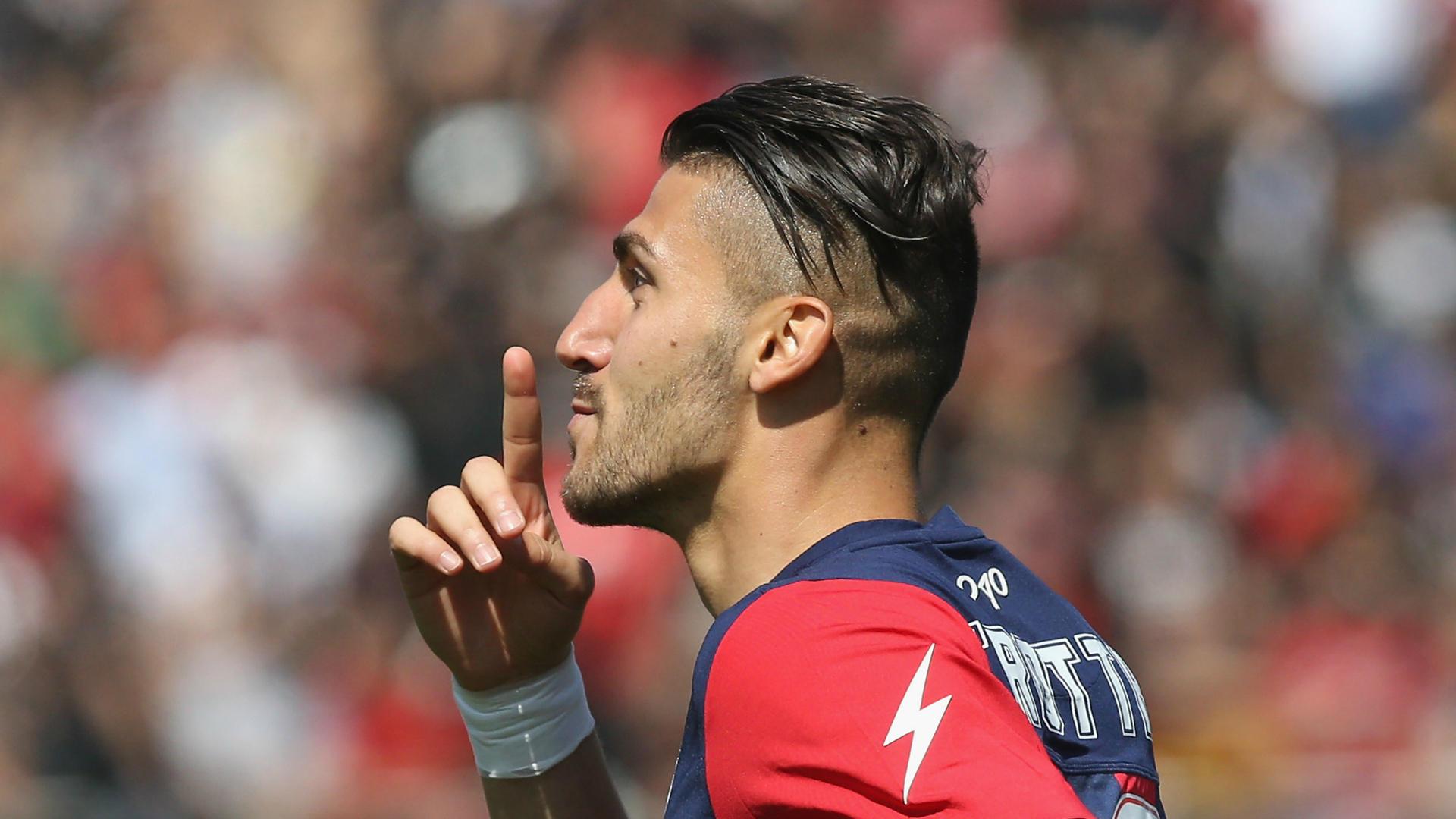 Gabriel Paletta bundled in an equaliser shortly after the break, applying the final touch on the line after chaos in the Crotone penalty area.

But Milan - who had Juraj Kucka sent off deep into injury time - could not go on to find a crucial winner and they are five points adrift of fifth-placed Atalanta and just three ahead of city rivals Inter, who host Napoli later on Sunday.

Crotone, who saw two goals ruled out against Trotta one of which was seemingly marginally wrong, were impressive but they are still four points from safety despite making it five matches unbeaten.

Crotone beat Inter in their last home game and they almost took the lead in the second minute when Andrea Barberis' free-kick was expertly saved high to his right by Gianluigi Donnarumma.

3 - AC Milan have scored 3 of the last 4 Serie A goals with their defenders. Resource. #CrotoneMilan

Donnarumma could do nothing about Crotone's opener after just seven minutes, though.

Trotta had not scored since October but, after Milan struggled to clear, he shrugged off Cristian Zapata and thumped in a low finish that beat an unsighted Donnarumma at his near post.

The forward headed wide after 17 minutes as Crotone continued to impress, before an incorrect offside flag denied Crotone a second when Trotta ran on to Diego Falcinelli's pass to score.

Gianluca Lapadula hit Milan's first shot after 36 minutes but it was blocked, while Crotone goalkeeper Alex Cordaz parried a pair of Suso efforts as the visitors tried to find some momentum.

3 - #Kucka has collected his third red card in this Serie A: a joint-record with Paletta in the top italian league 2016/17. Nervous.

More slack Milan defending presented Trotta with another chance shortly after half-time, but Donnarumma got down to his left to make a fine save.

Milan came from behind to beat Crotone at San Siro earlier in the season and they levelled the scores after 49 minutes in ugly fashion, with Kucka's header across goal somehow bundled across the line by Paletta.

Aleandro Rosi had to clear Lapadula's effort off the line after Cordaz was caught out of position, before the offside flag denied Trotta a second time, although this time the decision was more clear cut.

Kucka forced a fine save from Cordaz after 61 minutes as Milan pressed for a winner, then the goalkeeper dived to his left to keep out a fierce Gerard Deulofeu effort.

Trotta lashed wide on a rare Crotone second-half attack before Milan's Kucka saw red for a second yellow card deep - his third of the season - in stoppage-time, with Montella's men now facing an uphill task to secure European football for next season.

Galatasaray can't find a way to win on the road