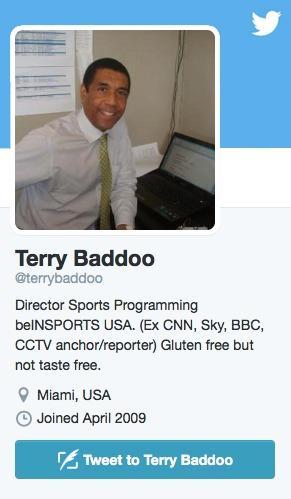 England’s latest bid for European glory in the opening round of the Champions League has started with a whimper. Defeats for Manchester United and Arsenal on the road and a potentially costly home loss for Manchester City were only offset by a welcome if expected home win for beleaguered English champions, Chelsea.

Add to that, Liverpool and Tottenham’s underwhelming openers in the Europa League, and recent history seems to be repeating itself.

The decline is part of a trend for England’s finest who were once habitual quarterfinalists and made the Champions League Final seven times between 2005 and 2012.

So why are English teams failing in Europe?

The knee jerk response is that English football is a simplistic, muscular, hit and hope, long ball, error strewn game played at 100mph that will always come up short in the face of sophisticated continental opposition.

That may satisfy the haters, but it’s not supported by current stats. Currently, England’s quartet of Champions League contenders boast similar stats in terms of EPL possession and pass completion to those of Barcelona and Real Madrid in La Liga. Plus, in a recent study it was found that England’s big four were averaging 8.9 short passes for every Hollywood ball they hit this season; so the myth of the English long ball is exactly that.

Even if perception contradicts the stats, fast and direct are no longer dirty words. In fact, tiki-taka, for so long the go-to definition of good football, is becoming passé. According to a recent UEFA study, 20.6 per cent of goals scored in last year’s Champions League came from counter-attacks, with Barcelona trio -- Messi, Neymar and Suarez, cited as three strikers to benefit more from hitting teams on the break than from Barca’s archetypal tiki-taka style.

Perhaps the UK doesn’t produce players good enough to challenge Europe’s best, even when playing to traditional EPL strengths? Possibly, but as only around 32% of players in the EPL are British the league theoretically has more than enough technical foreign flair to cope with the most cultured European opponents.

Or is it the coaching? Well, if so, the Brits are not largely to blame. Currently, only 6 of the 20 first team bosses in the EPL are British and all 4 Champions League teams are coached by foreigners. In fact, Liverpool’s Brendan Rogers is the only British manager in charge of an EPL team in Europe this season, leading the Reds in the Europa League.

Do archaic English club owners demand from their managers the industrial football of their youth? Unlikely! Only one of the EPL’s six European hopefuls this season is owned by an Englishman.

So if it’s not the style of football, not the players, not the coaches, not the owners, what is stopping the mega rich EPL from habitually producing a serious European title contender?

Could it be that the top EPL clubs just aren’t as bothered about European success as the rest of the continent?  In Spain, Barcelona and Real Madrid have undoubtedly set the gold standard for the soccer world in recent years, but such is the gap between the big two and the rest of the league that domestic glory is almost a given; the real challenge lies in conquering Europe.

And, given the Barca-Real duopoly, do lesser Spanish clubs, like defending Europa League champions, Sevilla, prioritize Europe’s secondary tournament because they’ve no realistic hope of glory at home?

Could Germany’s Bayern Munich and PSG of France be more committed to the Champions League because the Bundesliga and Championnat titles are so accessible to them? Did Juve rise to the challenge of making the Champions League Final last year due in part to the routine nature of their fourth straight Scudetto victory?

We can speculate, but the fact is that for English clubs the same domestic certainty does not really exist. Uniquely among Europe’s big leagues, four or possibly five clubs are technically and financially equipped to win the EPL title in any given season.

And though the EPL’s top clubs face the proverbial “Cup Final” every week, even the league’s lowliest teams seem programmed to scrap to the final whistle whether victory is a lost cause or not.

Then, of course, there’s the lack of a winter break in England, which not only drains the legs but drains the mind of the resilience needed to be fresh for the business end of the battle in Europe.

In short, the EPL title is arguably the hardest to win, and as the prize money and prestige of victory has grown, so the pressure to succeed in the Champions League may well have diminished.

Sure, qualifying is essential, winning it would be nice, but maybe it doesn’t matter quite as much to the EPL as it does to the boys across the water.

Bonucci: Juve got "humility back" after CR7 left

Lille and Sevilla can't find a way to score

Juventus leave it late to win against Zenit

Chelsea breeze past Malmo at home under heay rain

Bayern Munich gets the job done against Benfica