Louis van Gaal has returned to football management after being named as the new head coach of the Netherlands.

The 69-year-old, who announced his retirement in 2019, is back for a third spell in charge of the national team as their World Cup qualifying campaign prepares to resume next month.

His first appointment since leaving Manchester United back in 2016, he takes over following the departure of Frank de Boer, who stepped down after the Netherlands' last-16 exit from Euro 2020.

His first managerial role since May 2016. pic.twitter.com/GTBIt4PQVw

Van Gaal, who will be assisted by Danny Blind and Henk Fraser with Frans Hoek serving as goalkeeping coach, was first in charge between 2000 and 2002 but stepped down after failing to secure qualification for the World Cup.

He returned for a second stint in 2012, guiding his nation to third place at the World Cup in Brazil two years later before departing for Old Trafford.

Van Gaal's first match back in charge sees the Dutch travel to Norway on September 1 in a World Cup qualifier.

Currently second in Group G with six points from three matches, the Netherlands then play back-to-back home games against Montenegro and table-topping Turkey.

Van Gaal said: "Dutch football has always been close to my heart and the national coach is, in my opinion, a key position for moving our football forward.

"Moreover, I consider it an honour to coach the Dutch national team. There is little time until the next qualifiers, which are immediately crucial for participation in the World Cup.

"The focus is, therefore, 100 per cent on the players and the approach. After all, that's what I'm assigned to do. It's good to be back.

"I have already spoken to a number of players and together with the KNVB (the Dutch Football Association), the technical staff has been assembled. I'm really looking forward to getting the job done together."

Nico-Jan Hoogma, KNVB director, added: "In the coming months, we will be tasked with qualifying for the World Cup. For this, we have a minimum preparation period.

"In view of this job, we were looking for a coach with exceptional qualities, who can also anticipate quickly.

"With his experience and track record at the highest level, we have that coach in our eyes with Louis van Gaal. The contact was made quickly and we have spoken many times since then.

"In the last few days, we have been able to carefully put the finishing touches together. We are happy that Louis is taking on this job."

He also won the Champions League with Ajax in 1995, then guided Bayern to the final 15 years later.

Van Gaal won 27 of the 44 games he oversaw during his first two spells with the Netherlands, drawing 13 and losing just four. 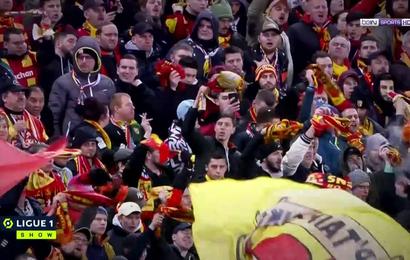