Soccer’s worst kept secret wasn’t so much blurted out, but eked out with very little fuss at all. There was no bombastic media presentation or public unveiling in front of the world’s flashbulbs - instead a piece of paper was passed around at an otherwise low-key press conference. On it was written the future for Manchester City.

Of course, confirmation of Pep Guardiola’s imminent arrival in the Premier League certainly caused commotion, with the sport’s most sought-after coach finally rubber-stamping his next move. LeBron James would have made the announcement differently, but Guardiola doesn’t need a primetime television spot to generate hype. He does that all for himself.

With the formalities finally pushed aside Guardiola’s move will be analysed and scrutinised. Why exactly has he chosen Man City as the English destination he has so long desired? What can he achieve at a club that has already scaled the heights of the Premier League and the peak of English soccer?

Some question whether Guardiola has taken on much of a challenge at all, and it’s true that by opting for City over Manchester United he has chosen the easy option. At the Etihad Stadium the former Barcelona coach will take charge of the Premier League’s most expensive and complete squad. By the start of next season they might be reigning champions once more, leaving no room for any domestic progression.

At Old Trafford Guardiola would have been confronted with a real challenge, with United no longer the soccer superpower they were just a few years ago. He could have been the man to restore them to their former glory, succeeding where Louis Van Gaal and David Moyes have seemingly failed.

Of course, Guardiola hasn’t been hired to help City conquer the Premier League. The Sky Blues have turned to him in the hope that he will establish the club as a legitimate European force, setting their sights on the Champions League. For all the money spent by City over the past seven years or so, it’s an arena where they have yet to truly impose themselves.

But with Manuel Pellegrini already cracking the competition’s last 16 - with City looking like real contenders in the Champions League latter stages this season - Guardiola only has so much more that he can achieve with the club. At Bayern Munich three years ago he took over a treble-winning team, and at Man City he will find a side not far below that level.

Guardiola is renowned as soccer’s greatest coach at present, having won three Liga titles, two Copa del Rey, two Bundesligas, two Champions League titles and three European Super Cups. His personal trophy cabinet shimmers brighter than that of most clubs. But that reputation, for the first time, is in question.

Should Bayern Munich fail to win the Champions League this season, Guardiola will have have taken the Bavarian club backwards in the three years of his stewardship there. Under Jupp Heynckes they were undoubtedly the best European soccer had to offer, blowing away every side that was put before them before seeing off Borussia Dortmund in the 2013 Wembley final.

Guardiola’s team, as they are right now, does not compare favourably. Bayern Munich have been humiliated in the Champions League in each of their two campaigns under the Spaniard, with both Real Madrid and Barcelona dismantling the Bavarians at the semi-final stage. Does Guardiola really warrant his reputation as European soccer’s grand-master?

Anything less than domestic and continental success will hit Guardiola’s standing hard - and in the ultra-competitive Premier League that is certainly a possibility. Guardiola has more to lose than gain at City, and therein lies the risk in him taking over at the Etihad Stadium. As the very best, the challenge can now be found in not falling rather than rising. 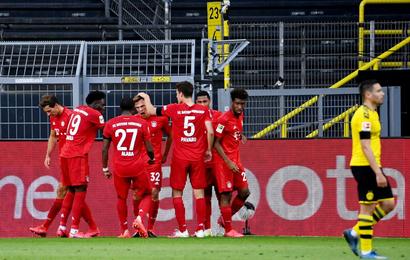 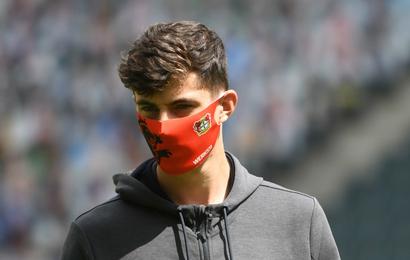