The hosts came into Wednesday's meeting knowing three points would be enough to secure safety and send Newcastle down, along with Norwich, who were hosting Watford. 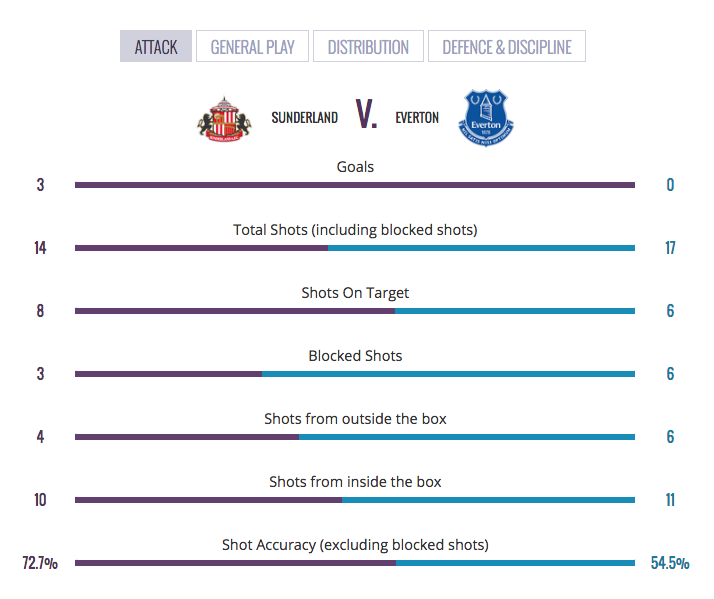 This victory leaves the Black Cats four points clear of both clubs with just one round of fixtures remaining, with Norwich's 4-2 win over Watford proving in vain for Alex Neil's men.

Buoyed by Saturday's battling 3-2 victory over Chelsea and facing a woefully out-of-form Everton side, Sunderland sealed the points with three goals in 17 minutes either side of half-time.

Van Aanholt made the breakthrough with a free-kick in the 38th minute that raised question marks over Joel Robles' positioning, before Kone netted a double with two simple close-range finishes.

It was another performance to forget for Everton in what has proved to be a dismal end to the league season, although there was one positive note with Gareth Barry making a Premier League record 572nd start.

But the headlines belonged to Sunderland, who can travel to Watford on Sunday safe in the knowledge that another season of top-flight football is assured and will particularly relish playing such a pivotal part in Newcastle slumping down to the Championship.

Allardyce named an unchanged side from the one that defeated Chelsea, but it took the hosts a while to settle into the match.

The first effort of note did not arrive until the 24th minute when Younes Kaboul cut inside on his right foot and curled a superb effort narrowly wide of the far post.

What a night! #SAFC run out 3-0 winners to seal a 10th Premier League season. van Aanholt free kick and a Kone brace saw them do it in style

Everton showed three alterations, but the changes failed to inspire the visitors and Sunderland scored twice in the space of four minutes shortly before the break to take a huge stride towards survival.

After Ramiro Funes Mori brought down Jermain Defoe 25 yards out, Van Aanholt stepped up and sent his free-kick around the wall into an unguarded portion of the goal, with Joel having stepped too far to his left in an attempt to anticipate the flight of the ball.

The Everton goalkeeper then went some way to making amends for that error by superbly tipping Defoe's header over, but, from the resulting corner, Sunderland doubled their lead as the visitors failed to clear and Yann M'Vila headed back into the box for Kone to smash home a volley from close range.

Defoe saw an effort cleared off the line by Matthew Pennington 10 minutes into the second period, but once more Everton struggled to deal with the subsequent set-piece, Joel's punch ricocheting off James McCarthy before running perfectly for Kone to sweep into an empty net from two yards.

Joel's excellent reaction save denied Defoe 11 minutes later as Sunderland threatened to run riot, although Funes Mori did bring a first notable save out of Vito Mannone with a back-post header.

Defoe was denied again by Joel in the final minute, but it mattered little as Sunderland comfortably held on before ecstatic scenes greeted the full-time whistle.

Pochettino: Neymar Recovery Has Been "Favorable"