Ajax goalkeeper Andre Onana claims another club opted against signing him in 2017 because they felt their supporters would not accept a black goalkeeper.

Onana, 23, was born in Cameroon and has spent 12 years in Europe, first coming through Barcelona's academy before switching to Ajax in 2015.

There he has remained ever since, becoming a regular starter for the Amsterdam giants in the 2016-17 season, helping the club to the Europa League final.

Onana: “I noticed that it’s not easy to get higher up as a black GK. After we reached the Europa League final with Ajax, my agent was speaking with a club that was interested but they decided not to sign me because of my skin colour, which could cause problems with their fans." pic.twitter.com/A1q14i2hOA

It was after that match – a 2-0 defeat to Manchester United – when it looked as though Onana might move on.

But he now says an interested party passed on him because they felt their fans would not accept having a black player in goal.

Speaking to Dutch newspaper Het Parool, Onana said: "Racism is there, I have to deal with it in almost every away game, but I'm not talking about it.

"I'm proud to be black. If you find me a monkey, fine. I see no difference between white and black and I make no difference. If you do, that's your problem.

"I've been in Europe for 12 years. I live and work with people from all countries of the world, in every imaginable colour.

"Before each match, it sounds in the stadiums: 'No to racism', but racism is not only in football, it is everywhere.

"Racism was here long before I was born, and it will not suddenly disappear tomorrow. One day it will stop. It only needs time and you cannot force it.

"Along the way I noticed: it's not easy for a black keeper to reach a high level. In my first year at Ajax we reached the final of the Europa League.

"After that final, my manager spoke with an interested club, but that club nevertheless decided not to transfer, because a black goalkeeper would be difficult for their supporters.

"So, it wasn't because they didn't think I was good enough. I consider that as a compliment."

Next Report: Inter And Barcelona Competing For Aubameya
Read

Vidal: Lewandowski Not On Messi's Level 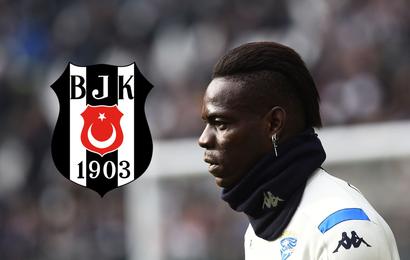