Neymar insisted he played his role in Barcelona's win over Bayer Leverkusen despite his team being whistled at during their 2-1 victory.

Luis Enrique's men were whistled at by fans early on before late goals from Sergi Roberto and Luis Suarez saw them rally to their win.

With the injured Lionel Messi watching on, Barca struggled to click and Neymar was below his best.

But the Brazil international was simply happy his side came away with a win.

"I'm very happy for the victory," Neymar was quoted as saying by AS.

"We suffer, suffer a lot to win the match, but the important thing was to win and we did everything to make goals and we won."

As for his own performance, Neymar said he had done what was expected of him.

"We have to know how to play without him [Messi]...and win so he is back at a good time."

Neymar said it was tough for the players to have their own fans unhappy at them during games.

"Yes, it is difficult when the fans are not with us," he said. 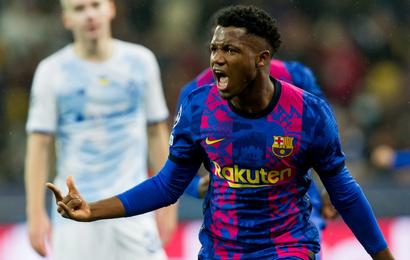