Real Madrid and Portugal star Cristiano Ronaldo attended a ceremony in Madeira on Wednesday to celebrate the area's airport being named after him.

A bizarre-looking bust of Ronaldo's head was unveiled along with a sign as part of the occasion and it will sit at the arrivals terminal.

The 32-year-old attended a ceremony at the airport the day after scoring his 71st international goal in Portugal's 3-2 friendly defeat against Sweden.

Madeira Airport was renamed Cristiano Ronaldo International Airport & we have no idea what was going on...#CR7 #CristianoRonaldo #Batman pic.twitter.com/gxVxjdZFyl

His partner Georgina Rodriguez and mother Maria Aveiro were also in attendance, along with hundreds of fans.

Some local politicians opposed the decision, but Miguel Albuquerque, the president of Madeira's government, said it was a worthy tribute given everything the player has done as a representative of the area.

Attention was briefly diverted from Ronaldo when a prankster appeared on the balcony dressed as Batman before being led away from the scene by police.

"Thank you for being here in my honour," said Ronaldo.

Happy and honored to have my name given to the Madeira airport! ✈️👍

"Seeing my name being given to this airport is something very special, everyone knows that I am proud of my country and especially my home city.

"Thank you very much to the president of the regional government Miguel Albuquerque for having had the courage and the firmness to do it. 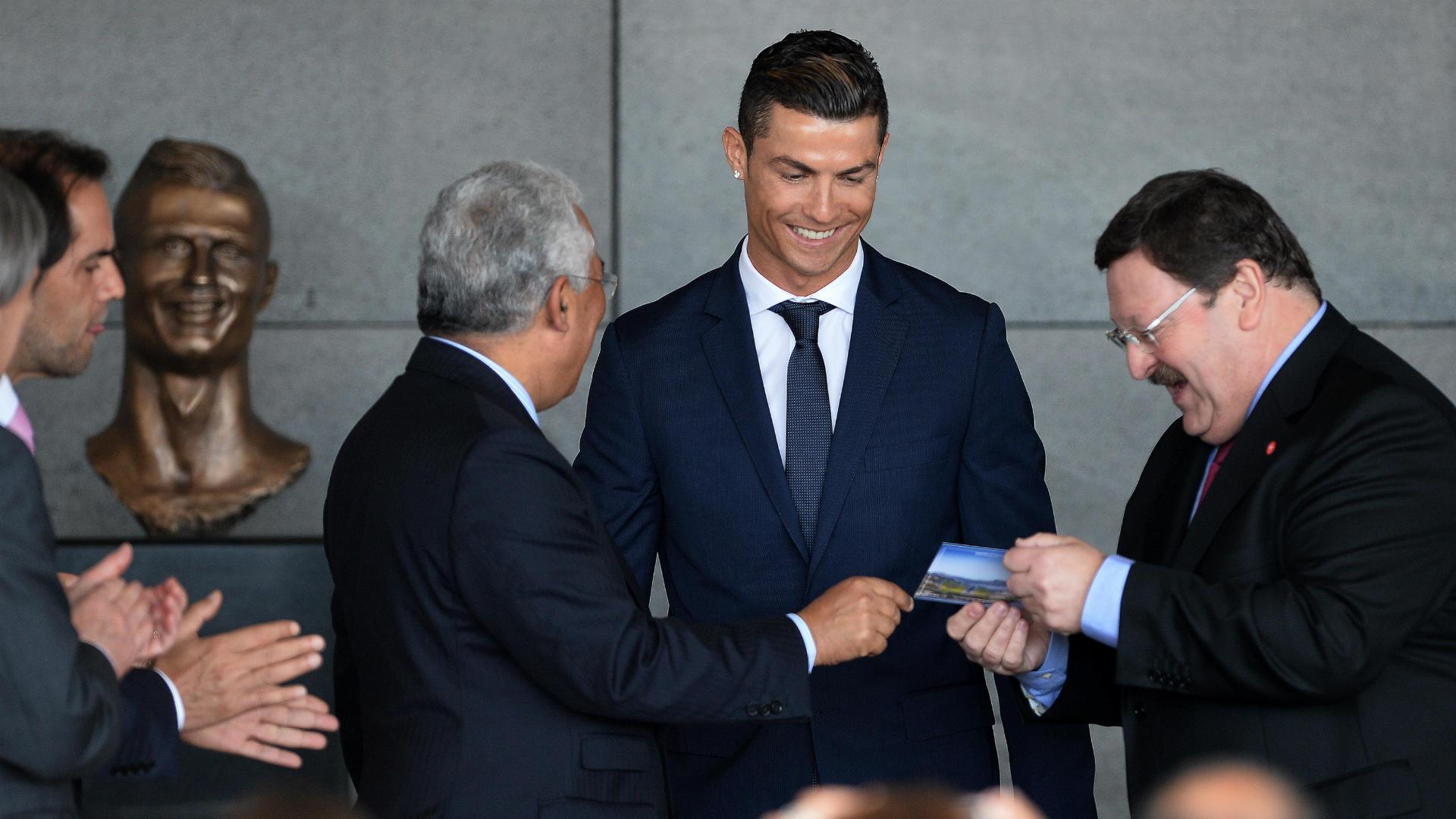 "I will try to dignify Portugal and especially Madeira with a spirit of sacrifice, dignity and passion."

Ronaldo's hometown of Funchal in Madeira already has a statue of the Madrid star.

On Monday, Ronaldo posted an image on social media showing him and his Portugal team-mates posing with the Euro 2016 trophy on their arrival at the airport.