Cristiano Ronaldo could not inspire Portugal to victory on their Confederations Cup debut as they drew 2-2 with Mexico on Sunday thanks to Hector Moreno's late goal.

The 32-year-old has reportedly made the "irreversible decision" to leave Real Madrid amid accusations of tax fraud, but it was Moreno who stole the spotlight in Kazan as he levelled in second-half stoppage time after Cedric Soares appeared to have won the game five minutes from time.

Ronaldo had earlier teed up Ricardo Quaresma for the opener, with Javier Hernandez's equaliser leading to a tight second half before a hectic finish. 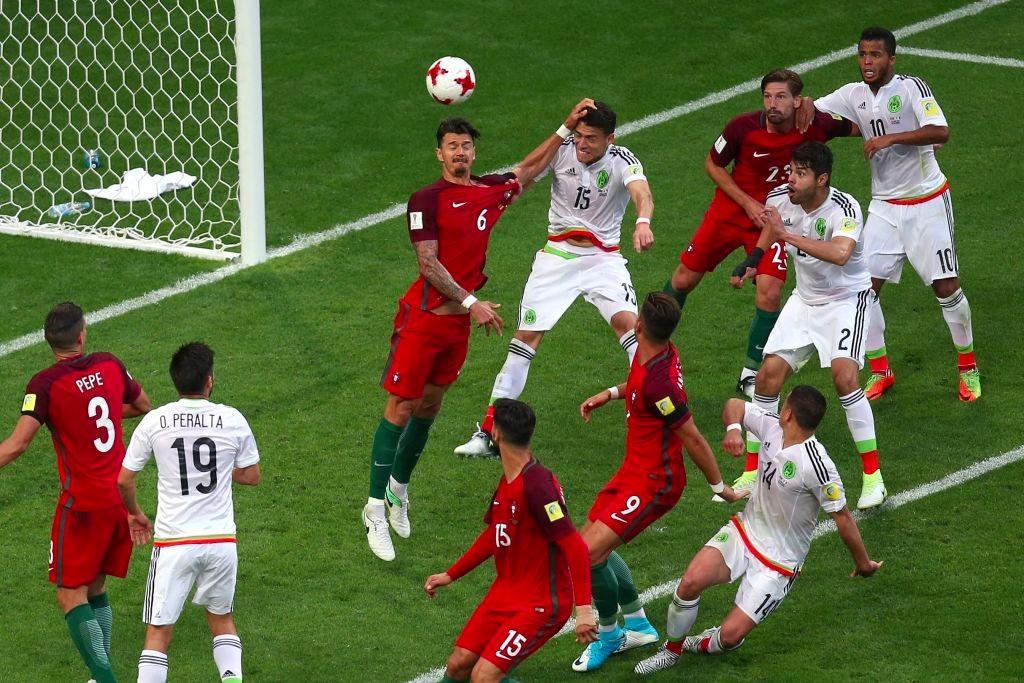 Mexico, the 1999 winners, struggled to match Fernando Santos' side as Portugal hit their stride halfway through the first half and Ronaldo provided Quaresma with a simple finish after the Video Assistant Referee (VAR) had ruled out a goal for Nani.

But, just as sloppy defending had let Ronaldo in, Raphael Guerreiro's poor miscue led to an equaliser for Hernandez three minutes before half-time.

The Euro 2016 winners kicked on again in the game's closing stages and Cedric netted with the help of a Hector Herrera deflection, but Moreno responded to earn a share of the spoils, with further talk of Ronaldo's uncertain club future sure to follow Portugal to their next match against Group A leaders Russia.

Portugal were slow to find their feet, taking 20 minutes to get Ronaldo involved with a free-kick struck into the wall, the Madrid man then cannoning a fine left-footed effort off the crossbar when the ball broke his way again following a half-cleared cross. 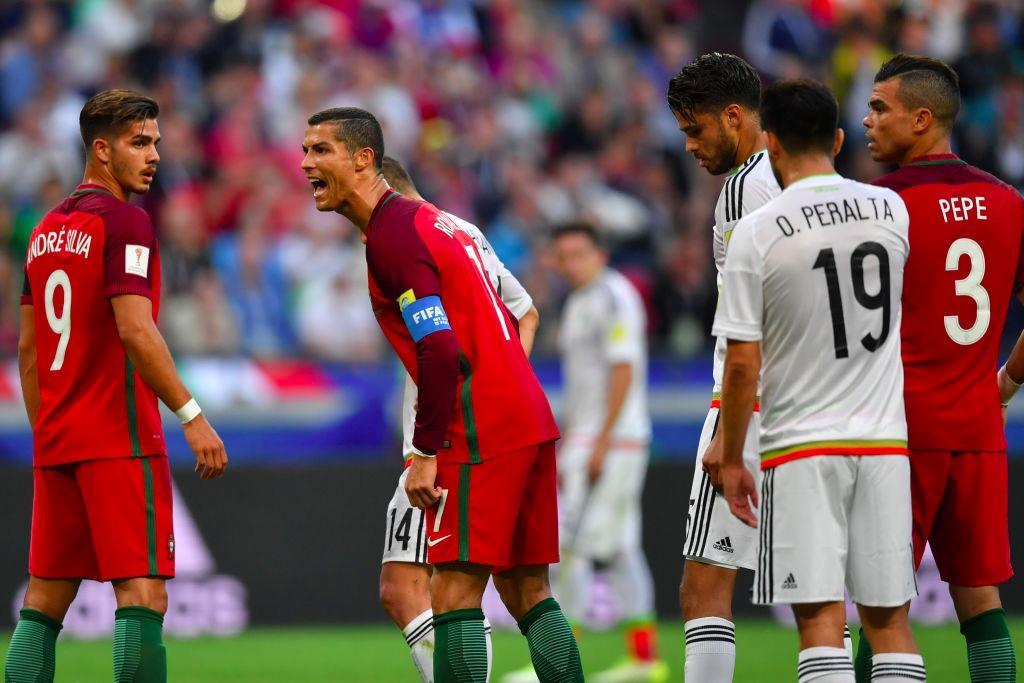 With Mexico still scrambling at the back, another delivery from the right was flicked into the bottom-left corner by Nani, but the referee - assisted by the VAR - disallowed the goal for offside.

Santos' side improved from there, though, and when Carlos Salcedo allowed Ronaldo in on goal on the left, the forward quickly adjusted to an uncharacteristic stumble to slip a pass into the box for Quaresma, who coolly rounded Guillermo Ochoa to prod into the net.

Hernandez nodded straight at Rui Patricio with his first real chance at the other end, but Mexico's record goalscorer soon made amends and crashed a header into the bottom-right corner from Carlos Vela's cushioned centre after Guerreiro had failed to clear the preceding cross.

Portugal have lost just once in their last 11 competitive fixtures:

Robbed of the win late on. ⏱ pic.twitter.com/1KQDHES95I

Quaresma had missed an opportunity to double his tally moments earlier and there was then time for Hernandez to squander a second opening of his own before the break as he blazed over.

A frantic end to the first half gave way to a dull second as both sides were found wanting with their final ball, with Ronaldo - isolated after Nani's withdrawal - unable to influence the game.

But the Portugal captain created another shooting opportunity for Quaresma with 10 minutes remaining and, although Ochoa saved comfortably, they continued to pile late pressure on Mexico.

Ochoa saved well from Andre Silva, but he could do little as Cedric ran onto Gelson Martins' square cross from the right to fortuitously divert the ball into the far corner.

Martins wasted an opportunity to make the game safe as he fired narrowly wide on the spin and, just as Portugal thought they had clinched the points, Moreno flicked a corner in off the far post to leave the European champions frustrated.

Without A Doubt, Confed Cup Mattered

No Shortage Of Potential Stars At Confed Cup Final

Low: Bravo Is A Penalty Killer

Draxler: Germany Must Be Better Against Chile

Infantino: VAR "The Future Of Football

Vidal: Chile Can Be Best In World