The Madrid goalkeeper joined Zinedine Zidane in urging Isco to stay at the club after he produced another magnificent performance in Sunday's 3-0 LaLiga win over Alaves.

The 24-year-old scored the second goal for Zidane's men with an impressive finish five minutes from time and dictated much of his side's play, recording a season-high 101 touches.

101 - Isco made 101 touches against Alaves, more than in any other game for Real Madrid this season (all competitions). Happy. pic.twitter.com/qT0mP8nGpO

Isco now has five goals in his last six league starts, but spoke earlier this season of his desire to play more regularly and has been linked with a shock move to rivals Barcelona when his contract expires in 2018.

But Casilla thinks Isco is a natural fit at Madrid, telling reporters: "He is phenomenal. He showed that with Spain and he repeated that with another great game.

"He showed great composure to score his goal. We need him and I think he looks very comfortable here at Real Madrid.

"He is very important, for that different magic he brings. From now until the end of the season we are really going to need him and he knows that."

The match saw Madrid keep a clean sheet for the first time since Casilla's last league appearance in February, but he feels criticism of regular number one Keylor Navas, who was rested against Alaves, is unjust.

"It's unfair, the treatment given to Navas," he said.

"Some people have short memories and don't remember the great moments. Sometimes they have lacked respect.

"I just try to work hard and enjoy my time on the pitch, doing the best I can. The debate [on who should start] is yours to have.

"When you do a good job, the fans applaud and I'm grateful for it, especially when you have not played for a while."

Asked what he thought of reports Madrid are prioritising a new keeper in the transfer market, Casilla added: "We know where we are and there will always be other keepers' names mentioned.

"We have to keep outside of it all and keep working. There is a hectic month ahead and it was crucial that we got off to the best possible start to keep our spirits high.

"We wait all year to get to this stage and try to win titles. We are motivated, we know we are capable of doing it and we are going to give it all we have got."

Next Monchi Like Roma Project Offer But Also Has France
Read 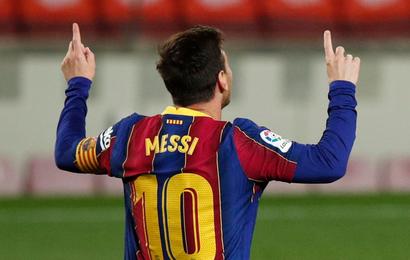