Ernesto Valverde denies he has told Athletic Bilbao he is leaving the LaLiga club at the end of the season, with the coach reported to be among the frontrunners to replace Luis Enrique at Barcelona.

Valverde's contract is due to expire at the conclusion of the current campaign and he hit out at reports he has told Athletic's club president Josu Urrutia that he will be departing after four years at the club.

Barcelona have yet to confirm who will be succeeding Luis Enrique at Camp Nou, with Valverde, Oscar Garcia and Barca's current assistant coach Juan Carlos Unzue among the names linked with the upcoming vacancy.

"It is not true that I have spoken with the president and told him that I am not going to continue," Valverde told reporters ahead of Monday's Liga game at Eibar.

"I'm saying this to make things clear. When we speak, I suppose everyone will know about it.

"So that's the truth, but we know how this is, that the truth should not get in the way of a good news story."

In March, Barcelona released a statement in which the club "flatly denied" reports they had contacted Valverde about succeeding Luis Enrique at Camp Nou. 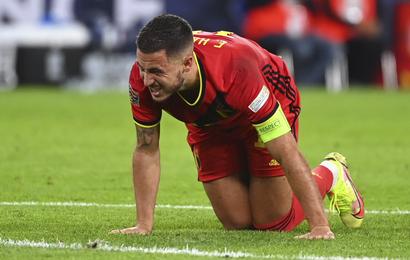