Diego Simeone was happy with the impact of his squad players after Atletico Madrid scrapped to a 2-2 draw at Eibar to secure a 5-2 aggregate victory and a place in the Copa del Rey semi-finals.

Leading 3-0 from the first leg thanks to goals from Antoine Griezmann, Angel Correa and Kevin Gameiro, Atletico looked to be cruising through after Jose Gimenez headed in Nicolas Gaitan's corner at Estadio Municipal de Ipurua.

Eibar briefly threatened what would have been a remarkable comeback as goals from Sergi Enrich and Pedro Leon gave them a 2-1 lead on the night, only for a superb late Juanfran lob to level the scores on the night.

Simeone rested key players including Griezmann and Diego Godin and was pleased to seal their progression from the quarter-finals with a much-changed side.

"We rotated the players a lot," Simeone said. "The competition within the team is good, it was a nice opportunity to get into the semi-finals, we are happy to have achieved it.

4 - Nico Gaitan has scored two goals and provided two assists in his last five matches as starter in all competitions. Light pic.twitter.com/EUAT3LJuQi

"We always fight to compete in every competition. In the five years that I have been coaching at Atletico, it's the second time the team has been in the semi-finals. The goals are what counts, the struggle to always compete with the best."

Simeone noted Atletico's dominant first-leg performance made it difficult for his side at Eibar and pointed out his side could have made the match more comfortable had they been more clinical in front of goal.

"It was not easy to compete as it was after a result like the one we had in the first leg," he added. "The game was intense and entertaining.

"In the first leg we were more effective in front of goal and had a chance for Correa to make it 2-0. Then they grew and came back.

"The competition that is taking place within the team is very good and is leading us to this nice opportunity to present us in the semi-finals, which does not happen every day. This makes us very happy."

Next 'We Would Have Won With More Time', Insists Zinedi
Read 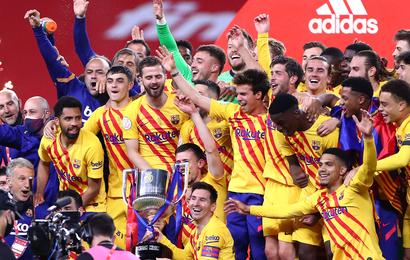 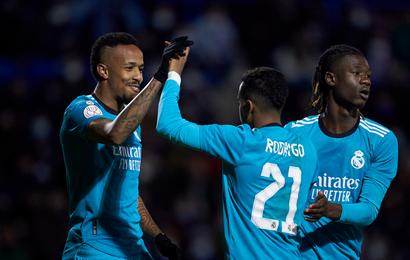 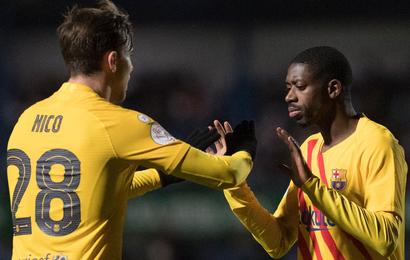