Colombia's team doctor has calmed fears over a knock suffered by Real Madrid star James Rodriguez while on international duty this week.

Rodriguez was forced off shortly before the hour mark in Colombia's 1-1 draw with Peru in New Jersey on Tuesday following a heavy tackle.

Jefferson Farfan converted a late penalty to salvage a draw although Rodriguez's injury soured the evening for coach Jose Pekerman and those back at the Santiago Bernabeu.

While Real are set to examine the playmaker on his return to the Spanish capital, Colombia doctor Carlos Ulloa stated he did not expect the injury to represent a serious problem.

"James had a bruised knee, but without any serious consequences," he told reporters.

James Rodríguez: Since the start of last season only 2 players have made more accurate crosses from open play than Rodríguez in La Liga (39)

"We are assessing him but it doesn't appear as though he will have any problems for the future.

"You'll have to see how he evolves, but it doesn't look much more than a little knock and that's why he left the field."

Despite having had to compete with Isco for a starting spot in Rafael Benitez's new-look system, Rodriguez is likely to start against Espanyol on Saturday if fit.

The Colombian scored twice in the 5-0 win against Real Betis prior to the international break, including a stunning free-kick from the edge of the area. 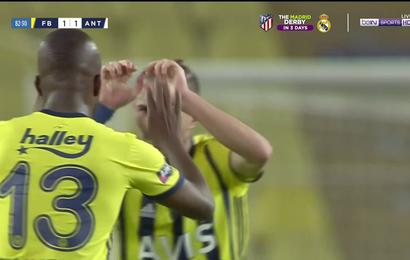