Goalkeeper Miguel Angel Moya is confident Atletico Madrid can come away from Bayer Leverkusen with the advantage in their UEFA Champions League last-16 tie.

Diego Simeone's men head to the BayArena on Wednesday for the first leg of their clash with the Bundesliga outfit, having come through the group stage losing just one match - a 3-2 defeat at Olympiacos in September.

And Moya says he is looking forward to getting started in the knockout stages, as Atleti look to go one better than last year, when they lost the final to rivals Real Madrid.

"The Champions League is always special," he told AS. "Now we are getting to the business end, it is a great thing.

"It's the game we've been waiting for for weeks.

"They're a German club and it will be a difficult match. They have not had a great time of things in the Bundesliga this season, but I think they are starting to turn things around.

"We will go there with the utmost respect, but also with the maximum desire to pick up the positive result that will give us an advantage."

Leverkusen, who drew 2-2 with Augsburg on Saturday, have found it difficult to put matches to bed in the top flight this term, drawing nine and losing five of their 22 matches so far. 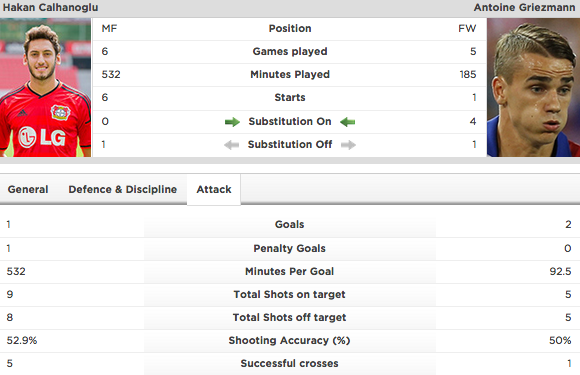 However, Moya feels Atleti would be foolish to head to Germany expecting victory.

"They have some very good players in attack," he added. "[Hakan] Calhanoglu is a great free-kick taker, but the best thing about Leverkusen is that they are a unit, like us, a team.

"It's always good if your opponents come into a match without good morale, but that is forgotten when you go into a different competition.

Leverkusen have never won a last-16 tie in the Champions League, but reached the final in 2002 when the competition featured a second group stage.

Omer Toprak is suspended following his dismissal in the group clash with Benfica.