Barcelona full-back Aleix Vidal has always been a fan of Zinedine Zidane, but he hopes the France legend fails to replicate his playing success as a head coach at Real Madrid.

Zidane is a hero in the Spanish capital having seen out his playing career at the club between 2001 and 2006, winning the Liga and Champions League titles during his time at the Santiago Bernabeu.

The 43-year-old is now the latest coach tasked with brining silverware to Madrid having replaced Rafael Benitez this month, and his tenure started with a 5-0 Liga demolition of Deportivo La Coruna last weekend.

Vidal is among those to have admired Zidane's talent as a player, but is desperate to deny him the opportunity to win silverware come the end of the season.

"They seem to have had a good start, but the titles get handed out at the end of the season," he told RAC.

"I hope he does not win any. I've always been a big fan of Zidane, but now I cannot wish him any luck." 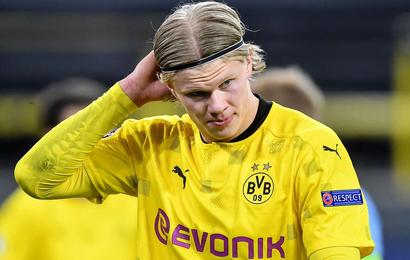