Arjen Robben pulled no punches in his damning assessment of Netherlands' performance in their 2-0 World Cup qualifying loss to Bulgaria on Saturday.

Danny Blind's side were well beaten by Spas Delev's brace inside 20 minutes in Sofia, the striker capitalising on hesitant defending from 17-year-old debutant Matthijs de Ligt.

The visitors did improve slightly after the interval but never looked like mounting a recovery and sit fourth in Group A, six points off leaders France and three behind Sweden, who occupy the play-off berth at the halfway stage of the campaign.

0 - The Netherlands have now failed to score in five EC/WC qualifiers since WC 2014, as many times as in the 17 years previous. Neutralized.

Having missed out on Euro 2016, Netherlands - who finished third at the World Cup in Brazil three years ago - are in grave danger of failing to qualify for the finals in Russia in 2018.

"What can you say? This is a nightmare," captain Robben told NOS.

"We came here with good intentions and before the game I was positive. But the first half was such a deplorable level."

Robben refused to single out De Ligt, the Ajax prospect with just 14 prior senior appearances, who was caught under a long ball for Bulgaria's opener, allowing Delev in to score.

"There was a lot wrong," Robben said. "We can point fingers but that does not make sense.

"That does not change the result. We lost here, and those are the hard facts. 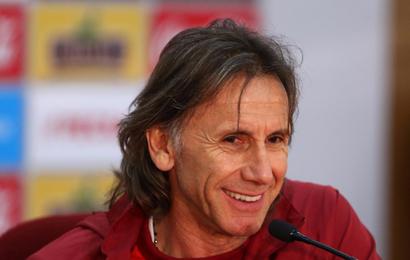