Roma and Milan have banned Corriere dello Sport from their training grounds and told players not to speak to the newspaper for the rest of the year.

On Thursday, the Italian sports daily published the headline 'Black Friday' – accompanied by pictures of Roma's Chris Smalling and Inter's Romelu Lukaku – ahead of the Serie A clash between the two sides. 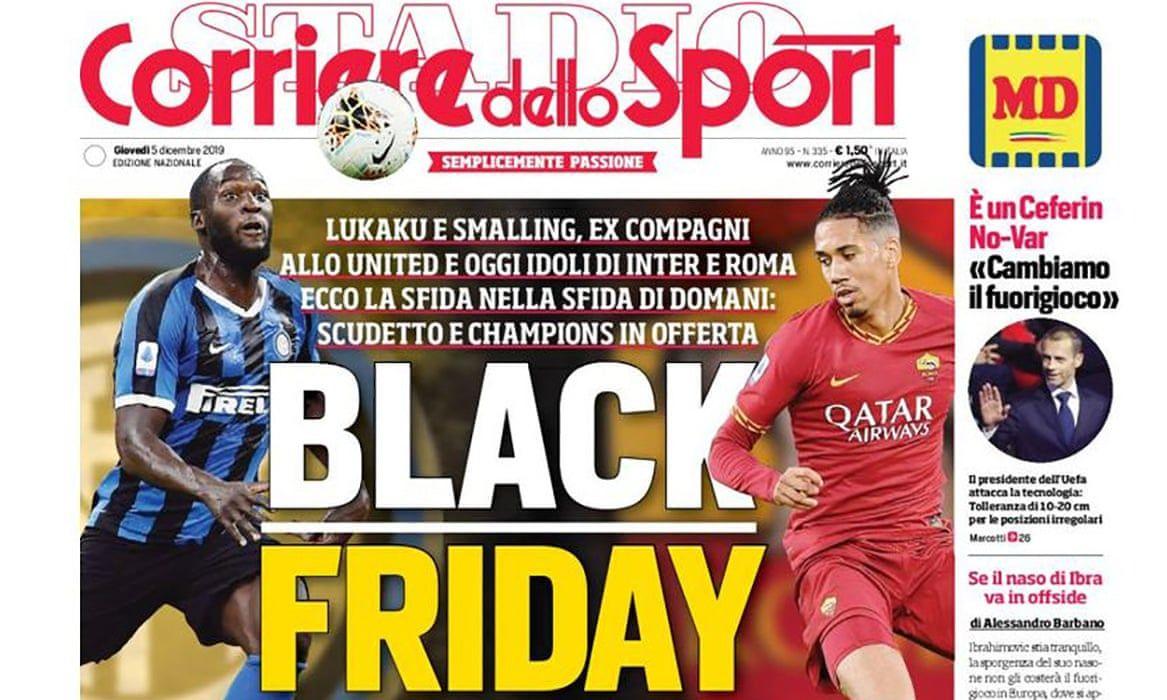 The headline was widely criticised as being racial insensitive, with Smalling and Lukaku both expressing disappointment.

However, Corriere dello Sport's editor described the headline as "innocent" and insisted the words reflected "the pride of difference, the wonderful wealth of difference", adding: "If you don't get it, it is because you can't or you don't want to."

The clubs announced their sanctions against the newspaper in a joint statement.

Following the publication today of the front page headline ‘BLACK FRIDAY’ accompanied by a picture of Chris Smalling and Romelu Lukaku, #ASRoma and @acmilan have issued an immediate ban to Corriere dello Sport.

It read: "We believe that players, clubs, supporters and the media must be united in the fight against racism in football and we all have a responsibility to be very precise in the words we choose and the messages we deliver.

"In response to the 'Black Friday' headline published by the newspaper, Roma and Milan have decided to ban Corriere dello Sport from our training facilities for the rest of the year and our players will not carry out any media activities with the newspaper during this period.

Football is passion, culture and brotherhood.

We are and always will be opposed to any form of discrimination.
#BUU #BrothersUniversallyUnited #NoToDiscrimination #FCIM

"Both clubs are aware that the actual newspaper article associated with the headline did portray an anti-racist message and for this reason, we have only banned Corriere dello Sport until January. We remain totally committed to tackling racism."

Following the publication today of the front page headline ‘Black Friday’ accompanied by a picture of Chris Smalling and Romelu Lukaku, #ACMilan and @ASRomaEN have issued an immediate ban to the "Corriere dello Sport".
Full statement 👇🏻https://t.co/0KrCNGEWRC

Weekend Winners: Who's to Blame for Barca's Loss