Adrien Rabiot is eager to become the latest Frenchman to leave his mark at Juventus after joining the Serie A champions on a free transfer.

🎙 @Adriien_Rabiiot: "Good morning everyone! Juve had contacted me in the past and I decided that now was the right time to come here."

The 24-year-old is the latest in a long line of French players to have represented the Italian giants, following in the footsteps of Michel Platini, Didier Deschamps, Zinedine Zidane, David Trezeguet, Lilian Thuram and Paul Pogba.

And Rabiot is out to create his own history in the famous Bianconeri strip, telling a news conference on Tuesday: "Juventus has a great history of many great French players and I hope to leave my mark too.

"Juventus is a great and very prestigious club with a great history. From what I have seen, they are a step [closer] from being at the top in respect to PSG."

Rabiot was linked with a number of other clubs after it had become clear he would leave PSG, with the likes of Manchester United, Liverpool, Tottenham and Barcelona also being touted as possible destinations.

But the former Toulouse loanee, who will wear the number 25 shirt from next season, is pleased with his decision to join Juventus and is ready to potentially battle compatriot Blaise Matuidi for a starting spot in midfield.

"Everything was finalised a little while ago, we found an agreement in a bit of a rush," he said.

"Juventus contacted me in the past and the right moment arrived to come here. After seven years in Paris, I am ready to play in Serie A and I will do so with the same determination that I have always had.

"I haven't had the opportunity to talk to [head coach Maurizio] Sarri yet, but everyone from Juve has left a great impression on me."

He added: "My preferred position on the field is in the left midfield spot, but I can also play in a two-man midfield. I am at the disposal of the coach.

"There is a lot of competition here, even with Blaise Matuidi, but it doesn't change anything regarding my relationship with him. It's normal." 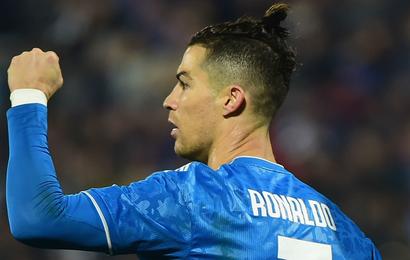