Sergej Milinkovic-Savic has assured he is entirely focused on Lazio despite persistent rumours about his future.

The midfielder represented Serbia at the World Cup and reported back to Rome this week amid links to the likes of Manchester United and Chelsea, while Inter are reported to have reignited their interest in his signature.

Milinkovic-Savic made his first Lazio appearance of pre-season in the 2-0 defeat to Arsenal in Stockholm on Saturday, getting 30 minutes as a second-half substitute.

Despite the ongoing speculation over a move away from the Stadio Olimpico, the 23-year-old is only thinking about staying put.

"I'm back here and I have a contract. Of course in football you never know what will happen, but my head is at Lazio and I'm focused on the team," said Milinkovic-Savic.

Seven-time defending champions Juventus have strengthened their squad with the addition of Cristiano Ronaldo, a move that Milinkovic-Savic believes will benefit the whole division.

He said: "This is a great thing for Serie A because it can attract other names as well. The league will be more demanding than last year." Next The XTRA: Can Inter Hit The Ground Running As Seri
Read 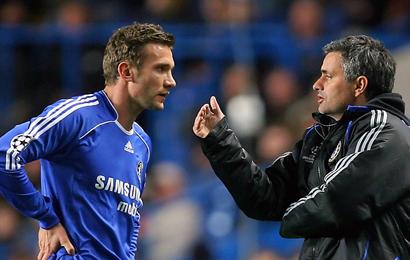