Antonio Conte is proud of his Inter side after the Nerazzurri moved top of Serie A thanks to a hard-earned 2-1 win over struggling SPAL.

Two first-half goals from Lautaro Martinez put Inter in control at San Siro on Sunday, although Mattia Valoti's strike sparked a much-improved display from SPAL after the break.

Martinez squandered two chances to complete his hat-trick but Inter were not made to pay for their forward's profligacy as they took advantage of Juventus' earlier slip up against Sassuolo.

And Conte, who has erred on the side of caution whenever pressed on Inter's title chances so far this season, is delighted by how they have progressed under his leadership.

“We've been working since day one to make an impact and annoy the other teams," Conte told Sky Sport Italia.

"Being back on top of the table after 14 rounds makes us proud, because we know the journey we've been through to get here.

"At the same time, it should give us positive enthusiasm, push us to do even better and control the game without suffering to the end the way we did, because in those circumstances a cross or deflected shot can change everything.

"We were determined and knew Juventus had dropped points, so we were prepared to make the most of the situation.

"We deserved to beat SPAL and it's important to remember we are focused on our own growth process, which is in full swing, so we're not trying to compare ourselves with others."

Despite Martinez's frustrations at not adding to his goal tally in the second half, Conte hailed the all-round display of the forward, who has scored 13 times in all competitions so far this season.

"Lautaro – we call him Lauty – lives for goals, but I was very clear with him that the top strikers are the ones who work for the team," Conte said.

"The ones who track back in defence and seek each other out. Romelu Lukaku, for instance, didn't score today, but he was constantly involved."

Next Inter Chief Marotta: Vidal Is A Player Many Teams
Read 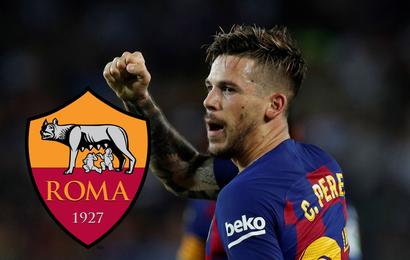