Elliot Daly's 76th-minute try proved decisive as defending Six Nations champions England dramatically came from behind for the second week in succession to beat Wales 21-16 in Cardiff and extend their remarkable unbeaten run.

Eddie Jones' men were below their best against France last weekend, but nevertheless finished strongly to prevail 19-16 and record a 15th consecutive Test win - setting a national record in the process.

Their winning streak came under even greater threat at the Principality Stadium, as Wales took a two-point lead into the last five minutes.

After an enthralling day, @EnglandRugby top the pile

However, England once again found a way out of trouble - Daly surging down the left wing to punish a poor clearing kick from Jonathan Davies and break the home side's hearts.

Wales' superiority in the back row and tireless work at the breakdown was arguably deserving of reward, but they came away from an absorbing fixture with nothing but a losing bonus point to show for their admirable efforts.

Leigh Halfpenny and Owen Farrell exchanged penalties during a frenetic opening and Daly missed a long-range attempt for England before the visitors moved ahead with a superb score.

An attack comprising 26 phases saw Wales initially hold out bravely on their line, only to be breached when the ball was worked wide to the England left. Mike Brown was stopped just short, but Ben Youngs burrowed over from the resulting ruck, with Farrell pulling his conversion attempt wide.

Wales responded superbly, initially through a second Halfpenny three-pointer, and both Alun Wyn Jones and Rhys Webb came agonisingly close to crossing as the pressure on England intensified.

Eddie Jones says English "grit" was the difference against Wales.

Rob Howley's men also refused a kick at goal, a decision that backfired when they were penalised at the subsequent scrum, yet their efforts were rewarded courtesy of a slick set-piece move after Joe Marler had knocked on.

Scott Williams' dummy run opened up space for Liam Williams, allowing the latter to surge over from Webb's pass, and Halfpenny's conversion made it 13-8 at the break.

Wales number eight Ross Moriarty appeared lucky to get away with a late tackle on Farrell early in the second half, while a thrilling break from the hosts ended with a forward pass from Webb to Dan Biggar.

Jones replaced Dylan Hartley with Jamie George soon after, but England remained on the back foot and were grateful for a 56th-minute penalty from Farrell that narrowed their deficit to two points.

That merely drew another impressive reaction from Wales, however, and Halfpenny split the posts again five minutes later following another thunderous burst of attack from the men in red. 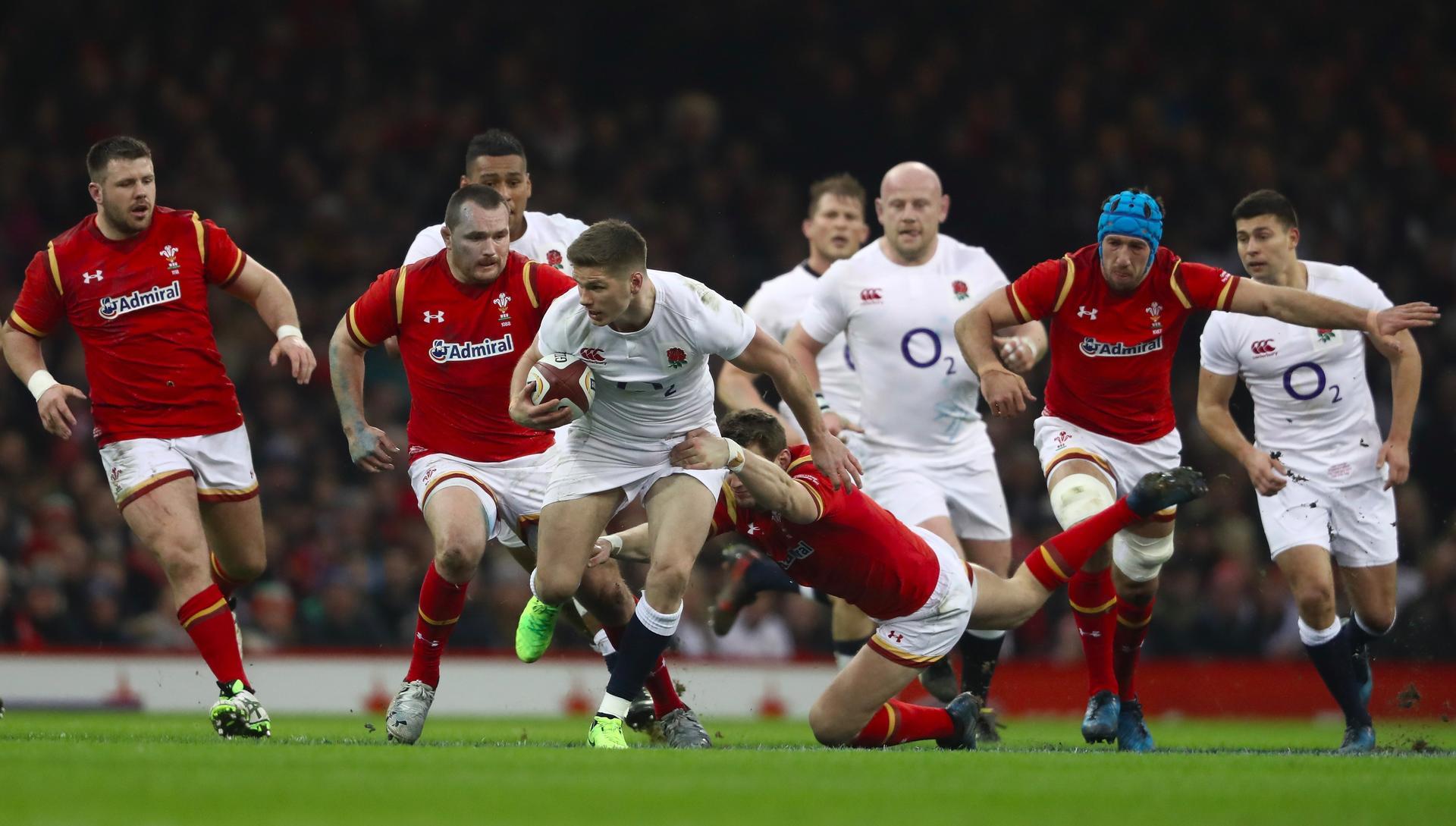 England finally threatened the Welsh line with their next attack, only for Biggar to intercept a Youngs pass and charge half the length of the field, Wales' fly-half ultimately being out-paced by Daly after kicking forward.

A high tackle from Samson Lee on Nowell then enabled Farrell to kick his third penalty, setting up a nerve-jangling last nine minutes.

And it was then that Daly's speed came to the fore again as the Wasps back collected a Farrell pass and raced over after Davies launched a kick straight down the middle of the field.

Farrell's conversion proved the last scoring act, with Wales unable to hit back in the brief time that remained.

Next France Bring Scotland Back Down To Earth
Read

Keys to Beating the English