Cristiano Ronaldo did not return to Manchester United training on Monday due to family reasons, according to widespread reports.

The Portugal international was said over the weekend to have asked United for a move away if they receive a satisfactory offer.

He had been due to return to training on Monday along with United's other international players.

However, while United's other big-name stars were put through their paces by new boss Erik ten Hag, Ronaldo was not present at Carrington.

Ronaldo's explanation for his absence was reportedly fully accepted by United management.

Ongoing speculation regarding Ronaldo's Old Trafford future comes less than a year on from his return to the club following 12 seasons away with Real Madrid and Juventus.

The 37-year-old led the scoring charts last term with 24 goals in all competitions, but his homecoming did not go to plan as United registered their lowest Premier League points tally.

United endured a fifth successive season without silverware and finished down in sixth, meaning no Champions League football in the 2022-23 campaign.

That is said to be the reason why Ronaldo, the leading scorer of all time in UEFA's primary club competition, is pushing for a move elsewhere this window.

Bayern Munich, Paris Saint-Germain, Chelsea, Napoli and MLS clubs have been linked with the five-time Ballon d'Or winner, as have his former sides Madrid and Sporting CP.

Ten Hag's side are scheduled to play their first pre-season friendly against Liverpool in Bangkok in eight days' time. 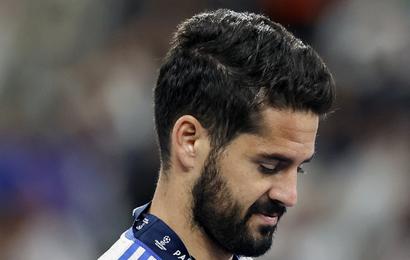