Premier League stars will carry the message 'Black Lives Matter' in place of names on the back of their shirts when football in England resumes next week.

The shirts will be worn for the first 12 matches following the return of the league, consisting of two games on Wednesday, June 17, and a full program of 10 fixtures spread from Friday, June 19, to Monday, June 22.

The Premier League said the shirt idea was one the players had pushed, and also promised it would back any footballers who wish to take a knee in support of the movement.

A statement from top-flight players at all clubs, issued by the Premier League on Friday, said: "We, the players, stand together with the singular objective of eradicating racial prejudice wherever it exists, to bring about a global society of inclusion, respect, and equal opportunities for all, regardless of their color or creed.

"This symbol is a sign of unity from all players, all staff, all clubs, all match officials, and the Premier League #blacklivesmatter #playerstogether."

A statement issued by the league said: "The league supports the players' wish to have their names replaced by Black Lives Matter on the back of their shirts for the first 12 matches of the restarted 2019/20 season.

"A Black Lives Matter logo will also feature on shirts for the remainder of the season, along with a badge thanking the NHS for their work during the COVID-19 crisis.

"In addition, the league will support players who 'take a knee' before or during matches.

"The Premier League believes there is no room for racism, anywhere #NoRoomForRacism"

Football in England is due to return after three months of inactivity caused by the coronavirus pandemic.

The recent death in police custody of George Floyd, an African-American man, in the United States has proven a major moment in the fight against racial discrimination.

Protests in many towns and cities across the US have extended to other parts of the world.

A number of footballers in England have spoken out, while Borussia Dortmund's English forward Jadon Sancho revealed a T-shirt bearing the message "Justice for George Floyd" after scoring for his team in the Bundesliga. 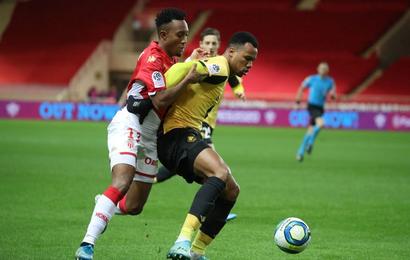