Denis Suarez has appeared to respond to the rumours suggesting his loan spell with Arsenal is about to be cancelled as he sent a cryptic message on social media.

The midfielder only joined the Gunners on a temporary deal in the January transfer window, although he has made just six substitute appearances since arriving in north London. 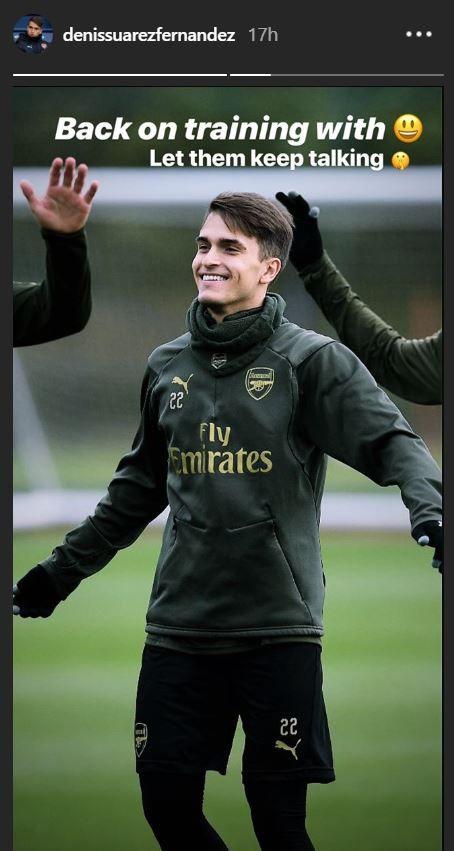 Manager Unai Emery has instead opted to start the likes of Mesut Ozil, Aaron Ramsey, Henrikh Mkhitaryan and Alex Iwobi ahead of him, leading to The Sun reporting that the former Paris Saint-Germain boss is preparing to cancel the loan agreement.

But Suarez appears to be fully committed to Arsenal and with no plans of heading back to Spain early, with his post on Instagram seemingly denying the report that he's set to return to Barca.

Adding text to a photo of the player in training during the international break, Suarez wrote: "Back on training with [smile emoji]. Let them keep talking [finger to lips emoji]."

Next Giroud Praises Lyon Amid Reports Of Transfer Inter
Read

Azpilicueta on Blues need to 'stay'