Tottenham heaped more misery on Manchester United and Jose Mourinho by inflicting a second successive Premier League defeat on them, running out 3-0 winners at Old Trafford thanks to goals from Harry Kane and Lucas Moura.

Mourinho's side suffered a shock 3-2 defeat to Brighton and Hove Albion last time out and, although Monday's performance was significantly better, Spurs exposed United's weaknesses to keep the pressure on their hosts' manager.

United edged a breathless first half and created the better chances, but their finishing was unimpressive and Spurs grew into the contest.

Mauricio Pochettino's men stepped things up after the break and stunned United with two goals in as many minutes from Kane – his first at Old Trafford – and Lucas, the Brazilian then sealing things late on with a fine second.

Despite their recent woes and the six alterations Mourinho made to his starting XI, United looked surprisingly fluid early on – Fred shooting just wide with their first chance inside 13 seconds.

Spurs had an even luckier escape 13 minutes later, as Romelu Lukaku intercepted Danny Rose's woeful back-pass, beat Hugo Lloris and then shot wide from a tight angle with his weaker right foot.

Lukaku and Fred continued to look like the hosts' most potent weapons, but at the back they were susceptible and Lucas arguably should have been given a penalty when Phil Jones clumsily tripped him just prior to the half-hour mark.

United were not so fortunate early in the second half and soon found themselves in deep trouble – Kane beating David De Gea with a looping header four minutes after the restart, before Lucas swiftly made it 2-0 when turning in Christian Eriksen's cut-back.

Spurs should have made it worse for United, but De Gea bailed out Victor Lindelof by denying Dele Alli after a poor back-pass, before Kane headed the resulting corner just wide.

United never looked like clawing it back and Lucas finished them off at the end, riding a challenge on the edge of the box before confidently beating De Gea.

Go on Lucas Moura! His second of the day! #MUNTOT pic.twitter.com/pWgbGjxYYo

What it means: Spurs are the real deal

Tottenham had a wretched record at Old Trafford, having lost 21 times at United in the Premier League.

But this was a commanding performance and a deserved win at a ground they historically struggle at.

Although some supporters were disappointed with the lack of pre-season transfer activity, this victory shows there is plenty to be positive about for Spurs this term.

Pat on the back: Lucas offers Moura than most

He endured a difficult first season in England, but Lucas looks set for a thrilling second campaign. At Old Trafford the Brazilian's darting runs were a highlight and caused United serious problems, and one probably should have earned Spurs a spot-kick. He then went on to get a deserved brace.

Boot up the backside: Jagged Jones

England international Jones looked extremely shaky on his first Premier League start of the season, almost giving away a first-half penalty, before losing Kane for the opening goal. You can see why his manager went public with his desire for more centre-backs.

Sunday sees United make the short trip to Burnley, who have lost their last three in all competitions and face a difficult Europa League test against Olympiacos on Thursday. Meanwhile, Spurs will face Watford away from home – Javi Gracia's men having also won all of their first three league games this season. 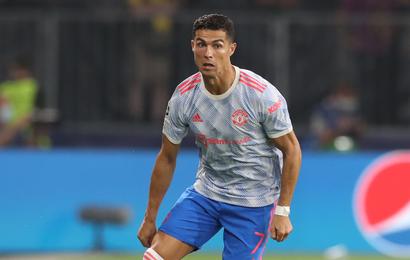 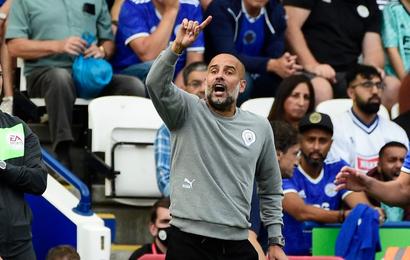