Pep Guardiola is "incredibly happy" at Manchester City and is hopeful of prolonging his stay at the club amid fresh links with a return to Barcelona.

Barca presidential candidate Victor Font stated this week he intends to lure Guardiola back to Camp Nou should he succeed Josep Maria Bartomeu, who stepped down along with the entire board on Tuesday ahead of a vote of no confidence.

Guardiola won three LaLiga titles and two Champions League crowns during a trophy-laden spell in charge of the Catalan giants between 2008 and 2012.

Music to our ears! 😍

The 49-year-old is into his fifth season with City - more than he has managed at any previous club - but is due to be out of contract at the conclusion of the current campaign.

Despite not yet opening talks with the club over fresh terms, however, Guardiola has insisted he is open to staying on at the Etihad Stadium beyond the end of 2020-21.

"I'm delighted to be in Manchester and hopefully I can do a good job this season to stay longer."

City have had a largely mixed start to the campaign, most recently following up a 1-1 Premier League draw at West Ham with a 3-0 victory at Marseille in the Champions League.

They have failed to score more than once in their past three top-flight outings but Guardiola denied suggestions his side are lacking motivation with games coming thick and fast.

"With this amount of matches we play, if the manager has to motivate players he is over," he said ahead of Saturday's trip to Sheffield United.

"We suggest ideas but playing every three days I can't make a speech to motivate them. They love football to be part of the competitions."

Kyle Walker has started every game for City this season, plus three internationals for England, and was arguably the best player on the field in the win away to Marseille.

He gained possession more times than any other player on the field (10) and no-one made more than his 112 touches, level with team-mate Oleksandr Zinchenko.

Guardiola feels the versatile defender, who was signed from Tottenham for an initial £45million in July 2017, is playing the best football of his career.

"I want to thank the club for bringing him here - it was an incredible signing," Guardiola said. "Today the top players can play every three days and not get injured.

"Before you sign a player you have to look at his injury history and ability to play and play. Kyle is an example of that. Now this is the best Kyle we have ever seen.

"He's one of our captains and important in the locker room. In the last game against Marseille, he had a really good game and hopefully he will tomorrow, too."

Guardiola revealed Sergio Aguero is still not back in training following his latest injury setback, while Gabriel Jesus and Nathan Ake "are getting better" and will be assessed on Friday.

Next Guardiola Rules Out A Return To Barcelona
Read 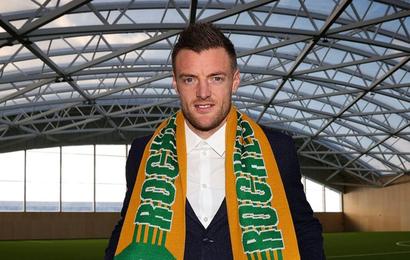