The Glazer family have owned United since 2005 and are not prepared to sell, having reportedly turned down two offers from Bin Salman already.

"Based on what I see, they're in it for the long-term," Woodward told the United We Stand fanzine of the Glazers. "With regards to offers or asking prices, my understanding is that there have been no discussions for a price for the club or anything like that. Every conversation we have is based on the long-term.

"The debt is a long-term, structured and similar to some other football clubs. It's a fixed amount for a fixed period of time which results in it being fairly cheap to service.

"It's just under two per cent of our annual revenue each year, so it doesn't really have any impact on us."

Cover of the next United We Stand, out v Liverpool on Sunday. We've done an exclusive and wide ranging face-to-face interview with Ed Woodward, where we've covered key areas. Subscribe here for a printed or digital edition. https://t.co/nk9S7caPp0 pic.twitter.com/6RSq4IIGoQ

Woodward watched from the Old Trafford stands as United held unbeaten Premier League leaders Liverpool to a 1-1 draw on Sunday.

Marcus Rashford's first-half opener was cancelled out by Liverpool substitute Adam Lallana in Manchester, where the Reds' streak of 17 successive Premier League wins came to an end.

It was an improved display from Ole Gunnar Solskjaer's United, who have gone four matches without a win and languishing in 13th position – 15 points behind Liverpool. 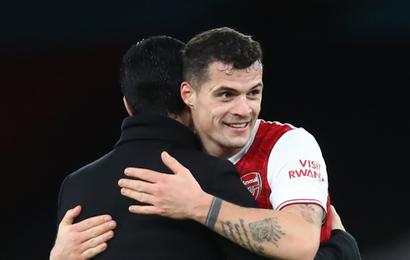