Former Houston Rockets coach Kevin McHale does not think James Harden has what it takes to be a leader.

During an appearance on NBA TV, McHale - who coached the Rockets from 2011-15 until being fired following a 4-7 start to the 2015-16 season - credited star guard Harden as being a talented player but said he lacks the leadership skills to guide the team.

The 59-year-old believes the arrival of Chris Paul from the Los Angeles Clippers brings a commanding presence that will lighten the load on Harden.

"James can see all the passes and do everything, but James is not a leader," McHale said.

"He tried being a leader last year, tried doing all that stuff. I think Chris Paul is going to help him just kind of get back into just being able to hoop and play and stuff like that.

"Like if James tells you, 'You've got to play better D,' are you going to listen to him? Like you've got to be kidding me. I lived through it. Believe me, everybody in the locker room did this. Every time he mentioned defense, everybody would put their head down.

"I just think Chris Paul will be good for James Harden. It will allow him to just be what he is, which is a phenomenal basketball player, not trying to lead a team. That's just not his personality."

Harden averaged 29.1 points, 11.2 assists, and 8.1 rebounds per game while helping the Rockets secure the third seed in the NBA playoffs last season.

His performances earned him a hefty four-year extension reportedly worth a whopping $228 million that will keep him in Houston through the 2022-23 season. 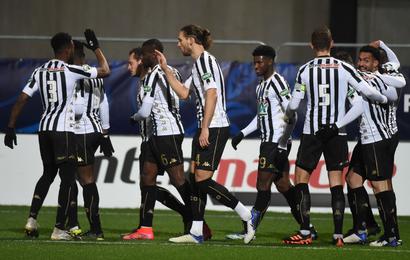