Antonio Brown has called on the Oakland Raiders to release him as his problems with the team continue to play out in public.

Brown, who was acquired in a trade with the Pittsburgh Steelers back in March, has been at the centre of much controversy in recent months, including a holdout due to a dispute with the NFL over helmet regulations.

The wide receiver was consequently fined $53,950 for missing mandatory practices and walk-throughs.

It was reported Brown faced a ban following a confrontation with general manager Mike Mayock, but he issued an apology and was back training with the Raiders on Friday, seemingly putting the myriad issues behind him.

Brown posted a video on his official YouTube page on Friday that appeared to include clips of a conversation with head coach Jon Gruden in which the player says: "I've been trying to be a Raider since day one."

"It's time for me to control my own narrative," he wrote alongside the video. "Show the world I'm not the bad guy."

But this was followed by an Instagram post from Brown on Saturday that suggested his relationship with Oakland had soured once more.

He posted a quote: "You are gonna p*** a lot of people off when you start doing what's best for you."

Brown continued in the caption, challenging the Raiders to release him: "And that's fine! I have worked my whole life to prove that the system is blind to see talent like mine.

"Now that everyone sees it, they want me to conform to that same system that has failed me all those years.

"'I'm not mad at anyone. I'm just asking for the freedom to prove them all wrong'.

And that’s fine ! I have worked my whole life to prove that the system is blind to see talent like mines.Now that everyone sees it, they want me to conform to that same system that has failed me all those years. “I’m not mad at anyone. I’m just asking for the freedom to prove them all wrong.” Release me @raiders #NOMore #theyputblindersonahorseforareason #NoMoreFake

ESPN reported the post was in response to the Raiders fining Brown another $215,073.53 for conduct detrimental to the team, voiding the guaranteed $29.125million in his contract.

It is said Brown, who had been set to play the season opener, is not now willing to face the Denver Broncos on Monday.

In addition to fining Antonio Brown $215,073.53 for conduct detrimental to the team that voided $29.125 million worth of guaranteed money in his contract, the Raiders sent Brown a letter that he no longer will be entitled to termination pay if they release him, per sources. 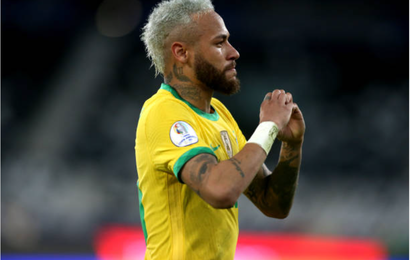