The team announced Ramsey was poised to take part in practice, though NFL Network reported it will be in a "very limited fashion" and he will likely do individual drills.

Ramsey is practicing for the first time today since injuring his back. @wjxt4 pic.twitter.com/fksg9OBr7I

Ramsey's return comes just days after he saw a specialist in Houston for his back injury, with the Jags (2-3) due to host the New Orleans Saints (4-1) in Week 6 on Sunday.

He missed the Jaguars' Week 4 win over the Denver Broncos, ending a streak of starting the first 51 regular-season games of his NFL career, and had not practiced leading up to that game.

The 24-year-old had reported an illness along with his back injury and he stepped away from the team on Wednesday of that week to be with his family in Nashville for the birth of his second child.

Ramsey also sat out last week's loss to the Carolina Panthers due to the back injury as coach Doug Marrone said his player worked hard to be available but could not get there.

The two-time Pro Bowler's back issues come as there is speculation around his long-term future with the Jaguars.

He was involved in a heated exchange with Marrone on the sideline during the team's Week 2 loss to the Houston Texans and requested a trade shortly after the incident, citing a meeting with management that did not end to his liking.

NFL Network reported earlier this week the Jaguars have not considered trade offers even though Ramsey’s request to be dealt "still stands".

Ramsey, who was initially selected by Jacksonville with the number five pick in the 2016 draft, has nine interceptions and 45 pass breakups throughout his NFL career.

Next Rihanna Turned Down Super Bowl In Support Of Kaepe
Read 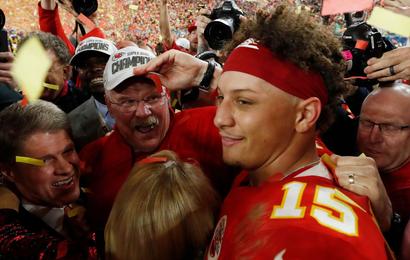