The NFL playoffs are upon us and a feast of football awaits on Wild Card Weekend.

With two games on Saturday and another double-header on Sunday, there is plenty of action to look forward to.

It all kicks off with the Houston Texans hosting the Buffalo Bills, before reigning champions the New England Patriots face the Tennessee Titans on the road later that day.

The Seattle Seahawks head to Philadelphia to tackle the Eagles in the final showdown, which comes after the New Orleans Saints have welcomed the Minnesota Vikings.

We take a closer look at all the games using Stats Perform data. - This will be the first game between these two teams since a 20-13 Texans win in Houston in 2018. The Texans have won each of the last three home games against the Bills, holding them to 13.0 points per game.

- The Bills are looking for their first playoff victory since 1999 after reaching 10 wins for the first time since that same 1999 season.

- The Texans won the AFC South and a playoff berth for the fourth time in five years, with the only exception being 2017 with Deshaun Watson injured. - Including postseason games, the Patriots had defeated the Titans in seven consecutive meetings before Tennessee turned the tables in the teams' last meeting, defeating New England 34-10 in Nashville in November 11, 2018.

- With Ryan Tannehill starting at quarterback, the Titans went 7-3 in their last 10 regular-season games, averaging 30.4 points per contest.

- The Patriots are playing in the Wild Card round for the first time in a decade, as their Week 17 home loss to the Miami Dolphins opened the door for the Kansas City Chiefs to become the AFC's second seeds. 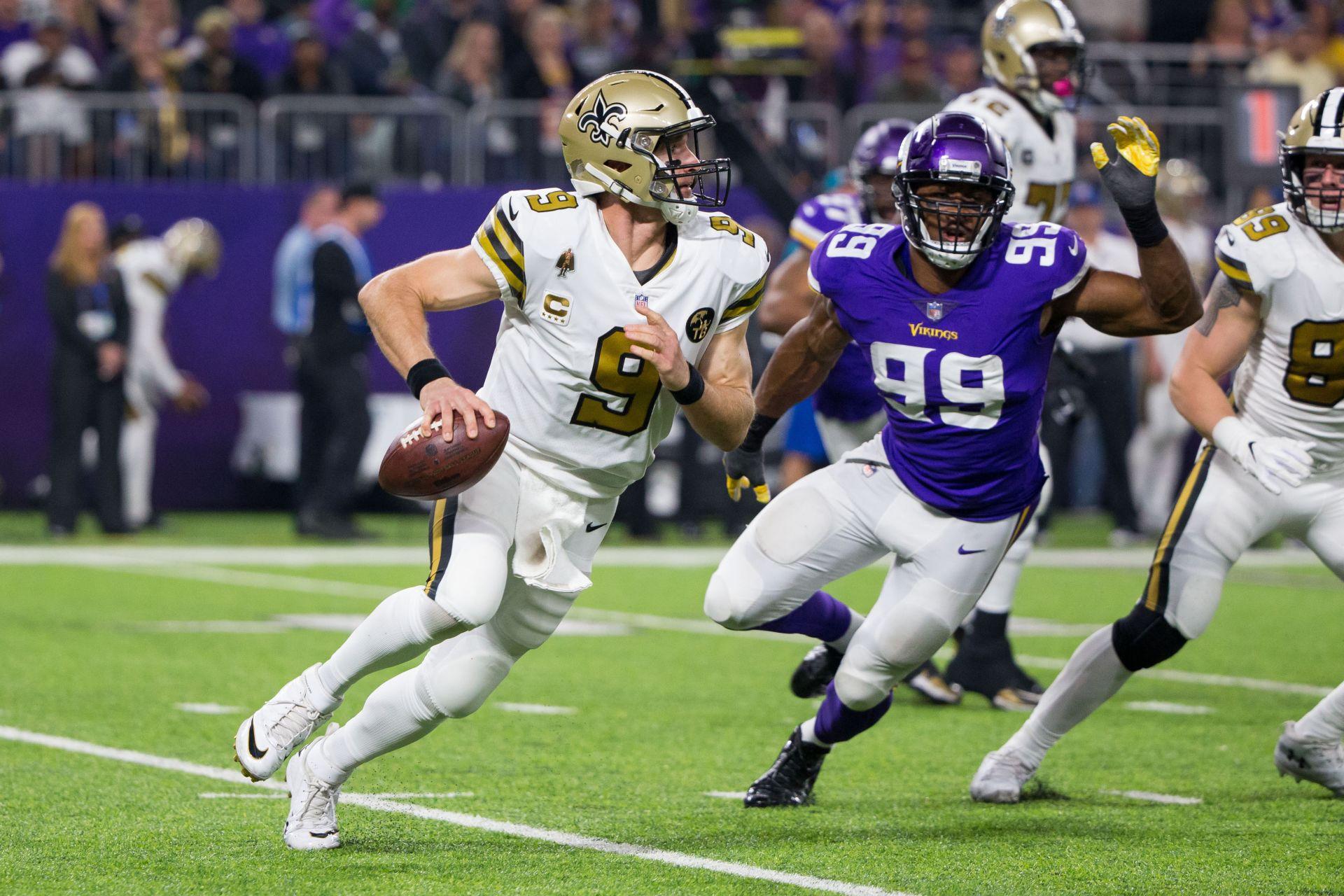 - This will be the fifth all-time postseason meeting between the Vikings and the Saints, with the Vikings winning three of the previous four games, including 'The Minneapolis Miracle' in the 2017 Divisional Playoff – a 29-24 triumph settled by Case Keenum's 61-yard touchdown pass to Stefon Diggs as time expired.

- The last seven Saints' playoff games have been decided by eight points or fewer, the longest such streak in NFL history. - The Seahawks and Eagles have never met in the postseason despite making 12 and 10 postseason appearances, respectively, from 2002 to 2018 – Seattle switched conferences in 2002.

- The Seahawks lost 24-22 to the Cowboys in the 2018 Wild Card Game in Dallas, snapping a six-game winning streak in such games.

- Seattle enter the postseason with back-to-back losses after starting the season 11-3.