The NFC South has always been a toss-up division. Only twice in the division's history has a team won back-to-back titles — the Carolina Panthers from 2013-15 and the New Orleans Saints in 2017-18.

Can the Atlanta Falcons reclaim the crown they had during Matt Ryan's NFL MVP season now that the team is healthy? Will the Saints remain on top with the returns of Drew Brees, Alvin Kamara and Michael Thomas? And what will happen to the Panthers if Cam Newton is unable to avoid nagging injuries?

Perhaps one of the bigger stories is how the Tampa Bay Buccaneers — who have finished last in the NFC South eight out of the last 10 seasons — will fare under new head coach Bruce Arians.

''When you go back and look at [last year's] 5-11 record, there were a lot of close games. We didn't play smart enough to win, or we missed a kick, or we had a penalty or busted assignment. It was Bucs beating Bucs,'' Arians said during the preseason. ''It wasn't talent. It's just play better in the final two minutes of the half and the final two minutes of the game, and they're at least 8-8.''

Wise words from Arians, but will the Bucs be able to get out of the division's basement? Here we break down key aspects to expect within the NFC South. Kamara had a breakout season in 2018, fulfilling Saints fans and fantasy owners' dreams by rushing for 883 yards and 14 touchdowns, along with 709 receiving yards and four touchdowns. According to Stats Perform data, Kamara was tied for first in rushing touchdowns in the fourth quarter and was second in the league in first downs per carry percentage (29.4 percent) among running backs. He was instrumental in keeping the chains moving for New Orleans last season.

Quarterback Brees heaped praise on Kamara while on The Rich Eisen Show, calling him one of the best players he's ever worked with.

"He's up there, he's way up there," Brees said. "It's pretty amazing. The combination of his athletic ability, just how fluid he is as an athlete, as a runner, how smart he is as a football player, his ability to grasp whatever we put on his plate — he can do so many things. He's so versatile ... he's a heck of a football player."

The big question is will he live up to the lofty expectations that were created during his sophomore season. All signs point to yes. Fellow running back Mark Ingram left the team due to free agency, meaning Kamara will be getting most touches — much like he did in the first four games of last season when Ingram was suspended. The team signed Latavius Murray to fill the void Ingram left behind, but it is obvious Kamara will be their number one tailback.

Tampa Bay have a lot of faith in White, who was selected with the fifth overall pick in the 2019 NFL Draft. He was phenomenal at LSU, recording 286 total tackles in his three years with the Tigers. With his impressive resume, White is expected to become the face of the Buccaneers' defense — a role he relishes.

"I've always been in big roles in my life. Everything I did, I always kind of grew up faster than probably what I should've, and I think it kind of helped me," White said. "I wasn't a guy who sat around and played video games all day. I was a guy who was working, trying to make my own cash and stuff. I always have been that guy, and I'm going to keep being that guy. I've always had a lot of pressure on me, and always did good with it. I'm very comfortable with myself and knowing my abilities."

The saying "defenses win championships" does seem to ring true — Tampa Bay ranked 31st in defense last season, while the Super Bowl-winning New England Patriots ranked seventh. Should White be the defensive leader the Buccaneers need, he will be instrumental in turning the tide for a team that's missed 11 playoffs in a row. 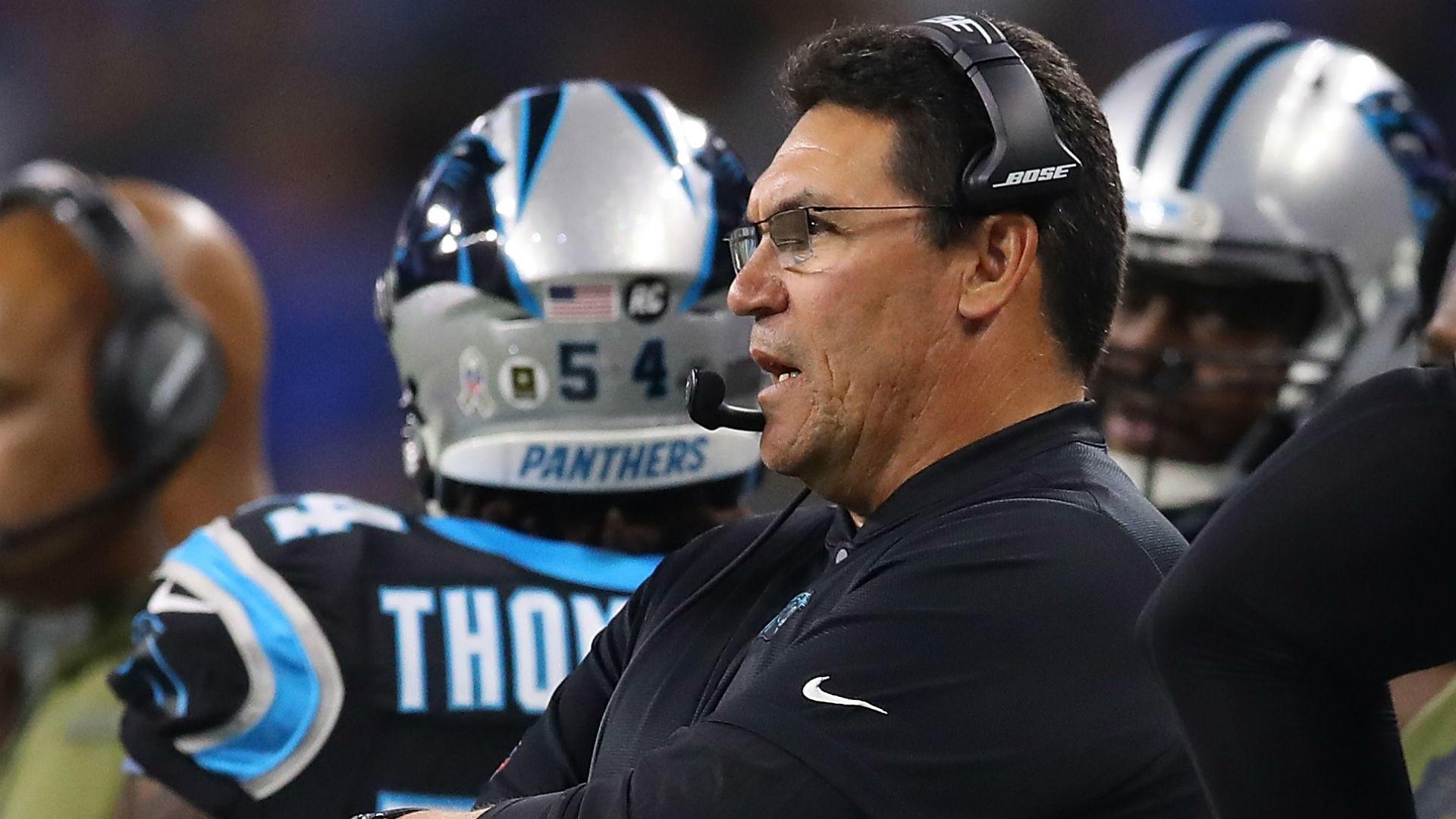 Riverboat Ron could find himself in murky waters should the Panthers have another poor season. Since the team's 2015 Super Bowl appearance, Carolina's only winning campaign came in 2017. With owner David Tepper in just his second season with the team, he has less loyalty to Rivera than former owner Jerry Richardson.

What would stop Tepper from deciding that Rivera's tenure is over should the Panthers have another 7-9 season? He already has shown he is willing to make big changes with the team, such as moving their headquarters to South Carolina and switching up other personnel.

Rivera is respected by his players and the NFL community, but in his eight seasons as Carolina's head coach, he has a 71-56-1 record — not exactly exciting. Should the Panthers not at least make a playoff run, expect Tepper to weigh his options and decide if Rivera is worth the patience.

This will be a make-it-or-break-it game for Atlanta. Even though anything can happen in conference play, the Falcons beating the reigning NFC South champions in New Orleans would be the confidence boost they need to try and clinch the division. Also, with coach Dan Quinn taking over as defensive coordinator on top of head coaching duties, the defense is expected to be more buttoned-down.

Atlanta can get the job done as long as the team stay healthy — a huge part of the Falcons' disappointing 2019 campaign was the number of injuries they suffered. With a healthy offensive line, secondary and the return of running back Devonta Freeman, the Falcons should be in good form.

On the other hand, the Saints have a massive chip on their shoulder after a blown pass-interference call at the end of the NFC title game ended their Super Bowl push.

New Orleans also know they have to play with a sense of urgency as Brees enters his age-40 season. Dismantling the Falcons in the middle of the season would be the ultimate boost for the Saints, who have an easier second-half schedule.

While everyone except the Saints will have improved, it is not enough for a dominant NFC South presence in the playoffs like a couple of seasons ago. The Panthers and Bucs will miss the playoffs again, while the Falcons have a chance for a wild-card spot. However, the Saints will earn the first-round bye and try to make it past the NFC Championship this season.

Next Panthers' Newton Says He Feels 'Like a Rookie Agai
Read

Steelers vs. Titans Postponed Due To COVID-19