The reigning NFL MVP had a history-making season in his first year as a starter and ended 2018 near the top of almost every statistical category after transforming the Chiefs and their offense.

Mahomes' list of accomplishments is long, but what is arguably the most impressive is how many times he was connecting with his receiving corps. He threw 50 touchdown passes - five short of Peyton Manning's single-season touchdown record — to lead the Chiefs to the AFC championship game.

But Mahomes was not the only player in Kansas City to have a breakout season. The Chiefs saw tight end Travis Kelce emerge as one of the best in his position. Then there are wide receivers Tyreek Hill and Sammy Watkins, leaving Kansas City poised to see off the Los Angeles Chargers, the Denver Broncos and the Oakland Raiders for top spot in the division again.

"The sky is the limit for this offense," Kelce said in August. "The guys who have been here, that have been here the last couple years, especially last year; we're taking it up a level that we have in years past. You can just tell from the coaches’ excitement to their attention to detail, to how guys are reacting to their coaching. This team is going to be awesome and we're going to have a lot of fun on the offensive side of the ball."

However, the Chiefs potential 2019 run could be halted with some stiffer competition in the West.

The Chargers returned to the playoffs for the first time since 2013 and are still looking to get Hall of Fame candidate Philip Rivers to a Super Bowl, the Raiders added Antonio Brown and the Broncos have another veteran on offense in Joe Flacco. There are loaded rosters throughout the division, which could make for another exciting battle.

The Chargers were without Hunter Henry last year after he suffered an anterior cruciate ligament injury that ruined his third season in the NFL. Now, though, Henry is back and fully fit.

He gives Rivers a reliable option after totalling 45 catches for 579 yards and four touchdowns in 2017 and 36 catches for 478 yards and eight scores during his rookie campaign in 2016.

"With Hunter Henry, we can stretch the field in the seams more," coach Anthony Lynn said during June's minicamp. "He's one of the better combo tight ends in the game because he blocks well. So just him back on the field, one of our biggest and better threats, it's going to open things up outside for Keenan Allen a little bit and Mike Williams."

Josh Jacobs was the highest-rated running back of the entire 2019 draft class and already has high expectations coming out of Alabama as the 24th overall pick. His size and power have been enough to impress quarterback Derek Carr.

"You know I've been able to hand the ball off to some really good running backs. I've played with some fun ones - Latavius [Murray], Marshawn [Lynch], Doug [Martin], and that's just the guys that've carried most of the footballs," Carr  said in mid-August. "I've played with a lot of good backs [and] watching [Jacobs'] vision was really impressive because I have the best seat in the house. I'm sitting back there playing 'Madden' tell him to cut back and trying to run for him. He's right up there with those guys."

Jacobs had four carries for 21 yards in his first - and only - preseason game.

The coach turned analyst turned coach famously said, "If I can't get it done, I'm not going to take their money" last season after re-joining the Raiders on an eye-popping 10-year, $100million contract. Oakland went on to finish 4-12.

Now, Gruden has some new talent and has regained his footing on the sideline. The Raiders are through the first of their rebuilding years and, with Las Vegas in the team's sights, Gruden has to try and put together a winning season if he wants to start a successful franchise in a new city in 2020.

This will not be the first time these two teams play. The Chargers and Chiefs will go head-to-head November 18 but the later matchup could have bigger playoff implications. Los Angeles punched their playoff ticket last season with a key win over Kansas City and this final regular-season game could again be crucial. 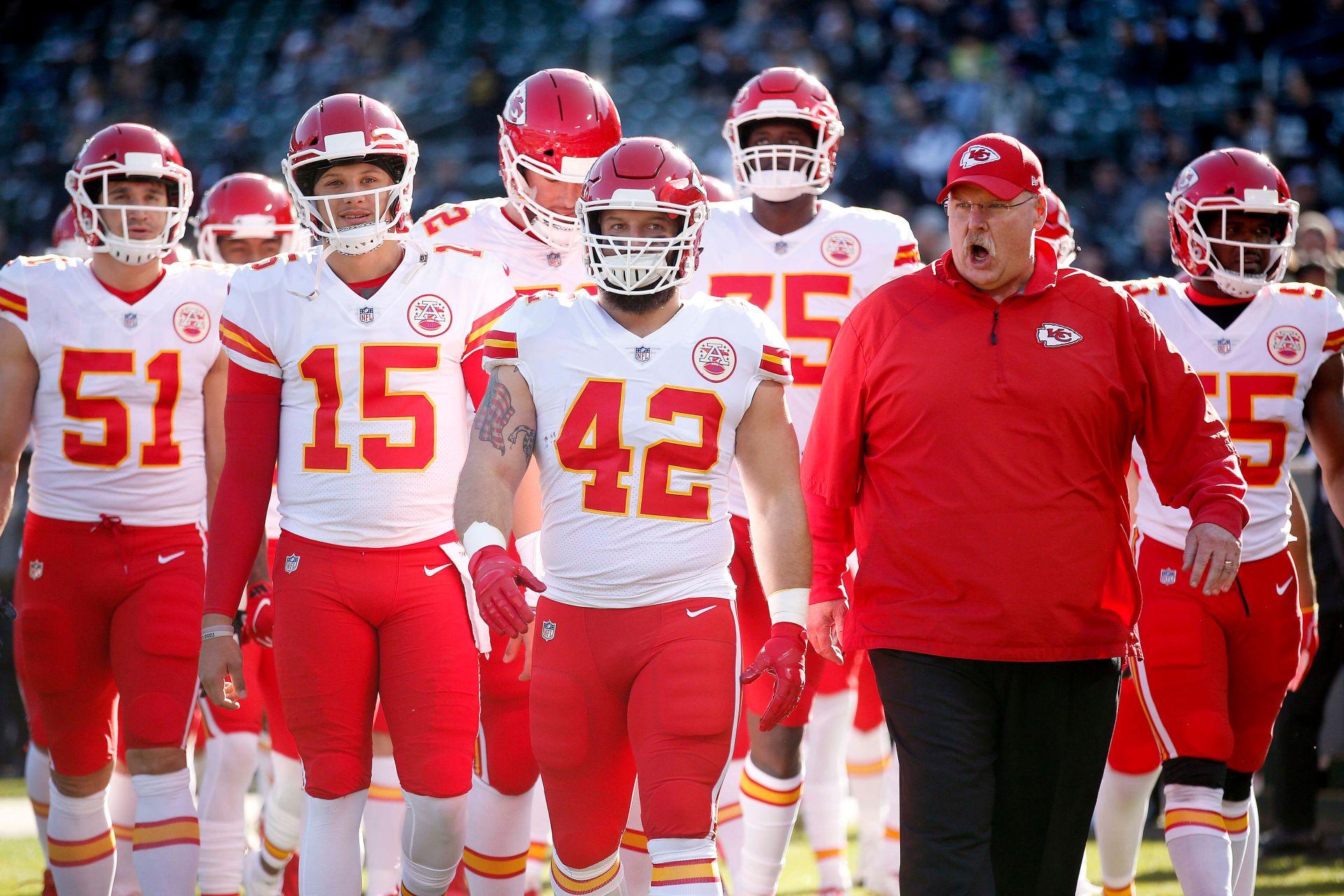 It could be a close race to the top of the standings, but if Mahomes has a year close to last season it is hard to see any team in the division dethroning the Chiefs, who have won it for the past three years.