New Orleans Pelicans sensation Zion Williamson is listed as "questionable" for the opening game of the NBA's restart in the Orlando bubble.

The Pelicans and Utah Jazz headline the league's return at Walt Disney World Resort on Thursday after the season was suspended in March due to the coronavirus pandemic, with the Los Angeles Lakers facing the Los Angeles Clippers later in the day.

However, the playoff-chasing Pelicans could be without star rookie Williamson – who left the NBA bubble in Florida to attend an "urgent family matter" before returning last Friday.

Williamson also completed a four-day quarantine, but Pelicans head coach Alvin Gentry is still unsure whether the 20-year-old will suit up to face the Jazz.

"Obviously as a coach you want him out there as much as you can possibly have him out there," Gentry said on Wednesday.

"We have guys that are better equipped to make those decisions than I am from a health standpoint and a minutes played standpoint. It'll be collectively something that's done by sitting down and talking about it and figuring it out if he does end up playing."

Number one draft pick Williamson has not missed a beat since debuting for the Pelicans in January, averaging 23.6 points per game in his first 19 games – the most by any player through 19 career games since Chicago Bulls and NBA legend Michael Jordan (25.6).

Williamson has helped fill the void left by Lakers recruit Anthony Davis in New Orleans and the Pelicans – 10th in the Western Conference with a 28-36 record – will be hoping he can lead the organisation to just their second playoff appearance in five seasons.

"I think me and my team are gonna look at what's best for me, my future, and being safe," Williamson said. "If you know me, I wanna hoop. That's just how I am; I'm never gonna change. I'm gonna want to hoop, simple as that."

On his quarantine, Williamson added: "I was able to do some body workouts, just to keep my muscles going. While I was away, it's tough to do stuff. I was dealing with a family emergency, so it's God first and family. So basketball wasn't really there; I was dealing with something serious." 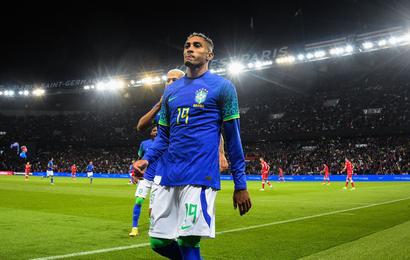