Kawhi Leonard insisted the Los Angeles Clippers "have a lot of fight left" after they fell into a 0-2 hole in the Western Conference semi-finals series with the Utah Jazz.

The top-seeded Jazz took a two-game lead on Thursday with a 117-111 victory, Donovan Mitchell racking up 37 points to inspire Utah to triumph.

Leonard was held to 21 points in 39 minutes but is confident the Clippers can overturn the deficit, having come back from 2-0 and 3-2 down in their first-round series with the Dallas Mavericks.

"We all got to put our will out on the floor," the two-time NBA Finals MVP said.

"You know, see what we did in the first two games and try to limit our mistakes and just keep going on from there pretty much.

"We'll see [on Friday] what we got to do, and we've got a lot of fight left. So you know, we're up for the challenge."

Reggie Jackson top-scored for the Clippers with 29 points while Paul George produced a double-double with 27 points, 10 rebounds and six assists.

There was a significant disparity between the two teams in three-point shooting, with the Clippers going 11 for 30 from beyond the arc while the Jazz hit on 20 of their 39 attempts from deep.

"We've got to give them credit," said George. "This is a tough opponent. They weren't number one in the West for no reason.

"As good as they are playing, as tough as this matchup is, we still feel like there's moments throughout this game, this series, that, you know, we are making plays that are self-inflicted.

"It's a lot of uphill. But we're optimistic that we can get this under control and go back home, one game at a time, and try to tie this series up."

Al Hilal pull off the shock upset over Flamengo 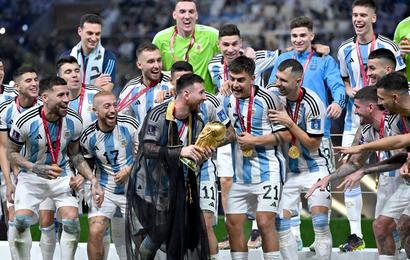