The Portland Trail Blazers edged the Denver Nuggets in Game 7 to move into the Western Conference finals on Sunday.

CJ McCollum (37 points and nine rebounds) led the Trail Blazers to a 100-96 win in the deciding game of the series in Denver.

"I told coach ‘flatten it out and I’ll get us a bucket." - @CJMcCollum

AND HE DID EXACTLY THAT. pic.twitter.com/fhm3c0zyPw

The win moved Portland into the conference finals, where the Golden State Warriors await, for the first time since 2000.

McCollum's heroics were much-needed for the Trail Blazers as star Damian Lillard struggled, going three-of-17 for just 13 points, although he contributed 10 rebounds and eight assists.

Nuggets star Nikola Jokic had a double-double of 29 points and 13 rebounds.

Next Kawhi Leonard Glad For 'Shooter's Bounce' After Ga
Read 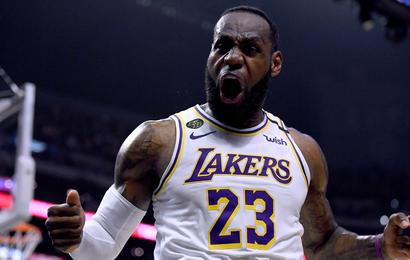