Joel Embiid said the Philadelphia 76ers' ball movement was the key to avoiding another late collapse and elimination from the NBA playoffs after the top seeds beat the Atlanta Hawks 104-99.

The 76ers let slip double-digit leads late in both Game 4 and 5, but held their nerve in Game 6 on Friday to force a series decider in the Eastern Conference semi-finals, despite pressure from the Hawks and All-Star guard Trae Young – who finished with a game-high 34 points.

MVP runner-up Embiid was important for Philadelphia down the stretch, with 22 points and 13 rebounds, while 76ers team-mates Tobias Harris and Seth Curry both scored 24 points.

The 76ers rallied behind a 12-0 run early in the third quarter, eventually winning by five points to force a decider in Philadelphia on Sunday.

"There was a bunch of stuff, we moved the ball a little better," Embiid told reporters in a media conference after the game when asked what was different in Game 6.

"In Game 5 the rhythm was messed up because they kept fouling. In those situations when you lose your rhythm, it's on me to figure it out too… you're not getting possession offensively and you need to play defense, you don't get to share the ball, tonight we just moved the ball.

"Whether it was Ben [Simmons] when he came back in with two minutes left, Tyrese [Maxey] at the point, Tobias, as a team everybody did their job."

Two years ago, Philadelphia's Conference semi-final series against the Toronto Raptors went to a decider, eventually losing Game 7 by two points on the road in a significant moment in Embiid's career reminiscent of Sunday's upcoming game.

"This time around it's at home," Embiid said. "That's why we worked so hard this year, to get that home court advantage."

He added: "I know we blew that lead last home game, which we should never have done. Tonight we kept telling each other, 48 minutes, we've gotta be focused for 48 minutes. That's what we have to do."

Philadelphia head coach Doc Rivers was expressive post-game when he spoke to Embiid and later explained what he said to his star center.

"I told him 'we'd win'. I said 'I told you'. I kept saying that," Rivers told the reporters via a post-game video conference.

"These guys are young, they need to believe that. I don’t know if they did or didn't. I thought they did, you can tell in the way they played.

"But we have another game. It was more about getting his head ready for the next game. That's what I talked about. I said 'I told you, but we're not done'. and we're not."

Philadelphia's Rivers added he felt his side handled the early pressure from the Hawks and saw out the win strongly after their recent late fades.

"They just hung in there," Rivers said. "You lose two leads, the lead the other night was such a tough loss.

"For them to jump on us, honestly I anticipated that, I believed if we could weather the storm a lot of energy would be spent. From that point on, we controlled the game."

Can The Golden State Warriors Start A New Dynasty?

Philadelphia 76ers: Rebuild Or Run It Back? 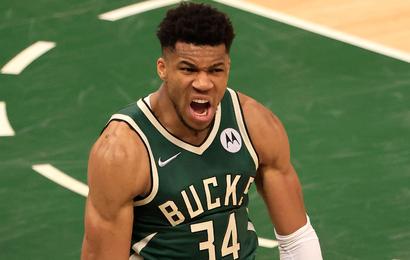 Giannis Stresses Focus For Bucks Ahead Of Game 6 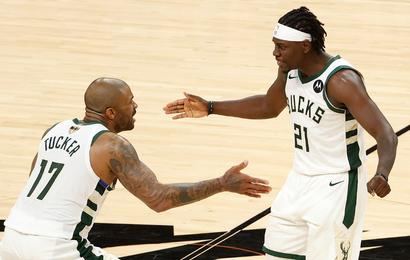