Paris Saint-Germain lacked control and did not deserve any luck in their shock 2-1 defeat to Dijon, according to head coach Thomas Tuchel.

The Ligue 1 leaders were punished for a below-par display in Friday's clash at Stade Gaston Gerard as they fell to a third defeat of the campaign.

Kylian Mbappe put PSG ahead against a side that started the game bottom of the division, but goals either side of half-time from Mounir Chouiar and Jhonder Cadiz earned Dijon a first top-flight win in this fixture.

Tuchel bemoaned the lack of quality showed by his side in the first half and suggested Mbappe's opener against the run of play worked against them.

"It's football - anything is possible," he told Canal+. "This is not the first time that the side last in the standing has beaten the side in first - and it won't be the last time.

"I think we lost the game in the first half because we had three shots, compared to 17 in the second period - a big difference.

"I was expecting more in terms of speed, mentality and duels. We played better in the second half but we conceded two goals in the match and allowed too many shots - it's not normal."

He added: "In the first half we were too passive. Scoring a goal without having opportunities was perhaps the worst thing for us. We were never in control of the game and did not play with the precision, speed or mentality that is necessary."

PSG had won their previous four Ligue 1 games, scoring 13 goals and conceding only one to open up an eight-point lead at the top of Ligue 1.

However, the reigning champions have now lost to Rennes, Reims and now Dijon this term, and Tuchel has warned his players they cannot continue to take certain opponents lightly.

"As I said, maybe the worst thing today was that we scored a goal because it was not deserved. We did not play together and we lacked structure. We had 17 strikes in the end, but maybe we did not deserve to be lucky."

PSG return to action on Wednesday with a home match against Club Brugge in the Champions League and defender Marquinhos has called for an instant response.

"We have quality, but today we missed a lot," he said. "We must think carefully and immediately bounce back.

"Across a whole season, there are good and bad matches. We're not a bad team for losing a match, but we have to be more consistent this season." 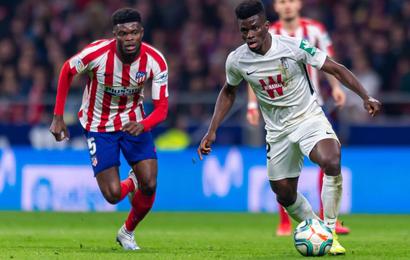