Paris Saint-Germain head coach Thomas Tuchel said he could not explain his side's laboured performance in their 2-0 win against Nantes, admitting he noticed a lack of confidence among his players.

Kylian Mbappe scored after 52 minutes to give the Ligue 1 champions the lead at Parc des Princes and Neymar converted an 85th-minute penalty to make sure of the result, but Nantes missed numerous opportunities to get back on level terms.

PSG had Keylor Navas to thank for a string of fine saves on Wednesday that ensured the league leaders extended the gap at the top of Ligue 1 to five points over second-placed Marseille.

However, Tuchel was asked afterwards to explain why PSG's performance was not more convincing midweek.

"We lost four balls in the first four minutes - easy balls! This is not possible if you want to control a match, play offensively and be the team that has possession."

Boasting a five-point cushion over Marseille and a game in hand, PSG travel to Montpellier on Saturday with no reason to panic about the state of their title campaign.

But Tuchel, who must prepare his players for the visit of Galatasaray in the Champions League on December 11, said he would analyse the performance against Nantes to ascertain why performance levels have dipped.

He said: "We show desire but we lose confidence. We make bad decisions right now, we do not play free.

"I do not know, maybe it's not the only reason, but I'll watch the game again tomorrow [Thursday]." 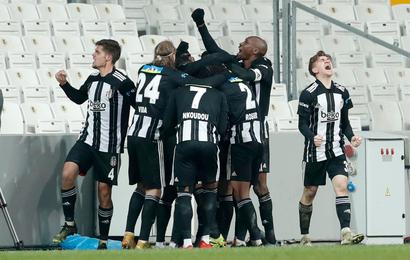