Lille, with Timothy Weah playing from the start and Jonathan David coming from the bench to replace the American, fell to Clermont 1-0 in a very contested game that called for VAR intervention twice, including the decisive goal's buildup.

In the 32nd minute N'Simba stroke a volley from outside the box that got the best from Grbic and put the home side ahead, but there was tension because of a possible foul against Renato Sanches in the buildup. Later on, Timothy Weah's attempt to dribble a rival in the box got the ball hitting the hand of a defender but again VAR decision went towards Clermont who avoided a penalty call.

With this result Lille stays 8th, missing a chance to jump to third temporarily with a win, meanwhile Clermont got their 3rd of the season, jumping to the 11th position. 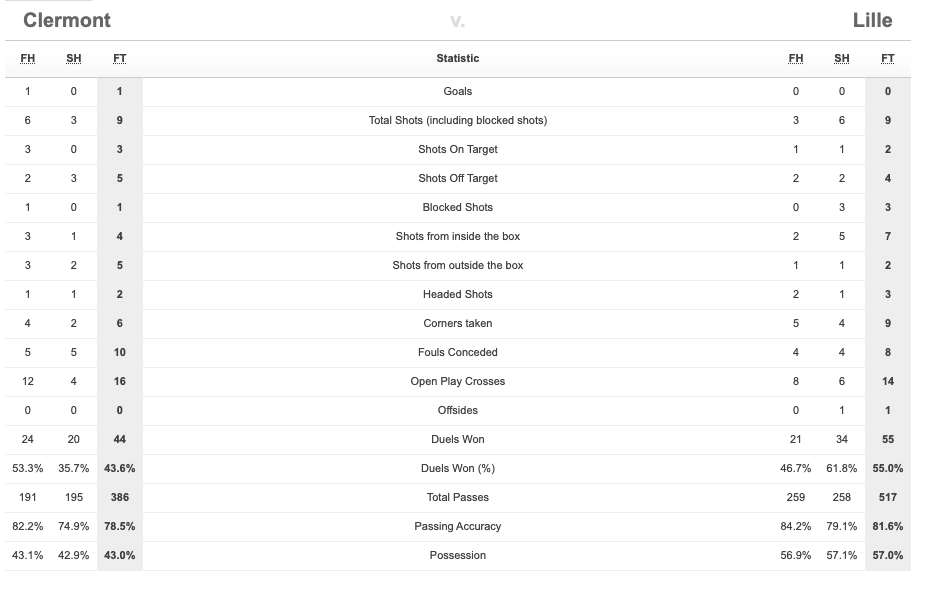