Saint-Etienne was able to rescue a point at home thanks to a header goal by Mickael Nade in the dying seconds of the match against visiting Angers that ended 2-2.

The match was delayed around an hour after flares thrown in by the ultras in the stands burned parts of the netting of one of the goals. Saint-Etienne's fans are furious about the situation of their struggling club that's dead last on the Ligue 1 table.

Angers' first goal was scored by Ismael Traoré at the 28th minute, followed by Angelo Fulgini at the 56th. Angers were taking constant advantage of counterattacks and were being effective with the strategy.

Saint-Etienne started the claim back at the 61st minute with a goal by Wahby Khazri who was one of the few Saint-Etienne players that represented a real offensive threat.

The equalizer came in dramatic fashion when Nade jumped inside the area at the 90+4 minute and put it in, far from the reach of Angers' goalkeeper Paul Bernardoni.

Angers is now fourth on the table and fighting for European competition with a 4-5-2 record while Saint-Etienne owns the last position (20th) with a victory-less 0-5-6. 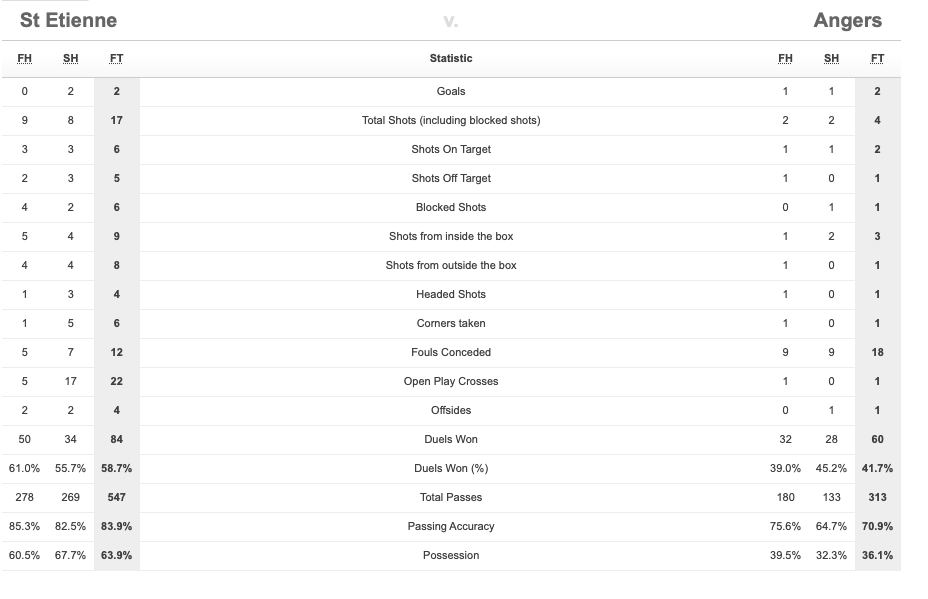 Dominant performance for France against Kazakhstan

Tied match in Lens against Angers

Quick double salvo for France from Gauvin and Dali