Saint Etienne scored a penalty at the 90+5 minute via Wahby Khazri to even up the Derby du Rhone against Lyon, 1-1.

Houssem Aouar opened the score for Lyon at the 41st with a shot from close of outside the area.

Lyon lost their goalkeeper when Anthony Lopes touched the ball outside the area. Saint Etienne insisted on coming back and a penalty was called after a foul by Lyon's defender Jason Denayer. 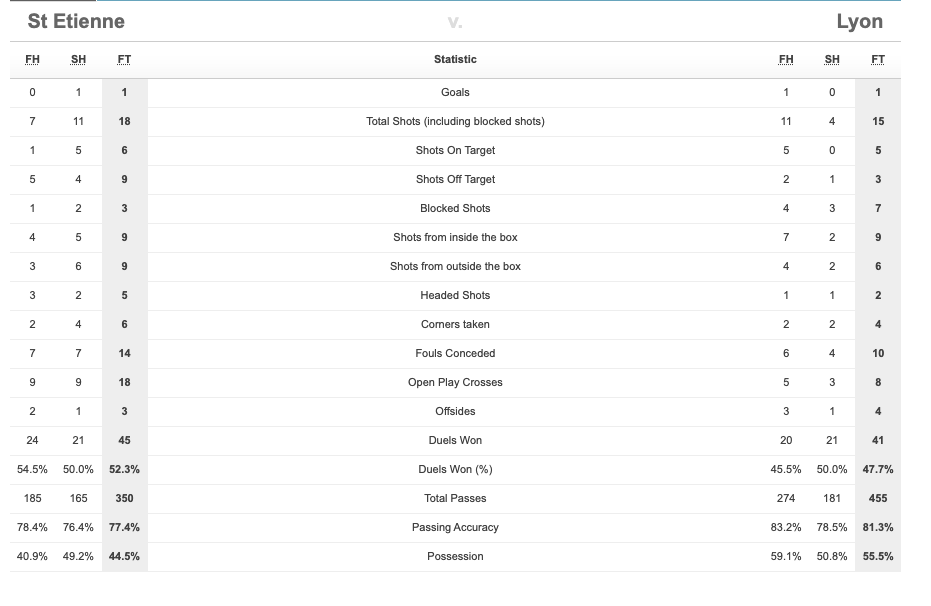