PSG's all-time leading goalscorer Cavani has struggled to get into the team following the loan signing of Mauro Icardi and has been tipped to join Atletico Madrid.

Argentina international Paredes is also reportedly seeking a move away after being restricted to eight starts in all competitions this term, but Tuchel has placed his trust in both players.

"Paredes played a lot during the end of last year," he said. "He showed he is capable of being an important player and can influence our game.

"As for Edinson, I've said it before – it was difficult when he picked up an injury as he lost his rhythm and others played well.

"But he is here, in a good frame of mind and everyone has to prepare in the best way to be ready when needed.

"I trust them and think they will stay with us. It is not necessary to imagine anything else."

Juventus pair Mattia De Sciglio and Emre Can have been linked with a move to the Parc des Princes, meanwhile, but Tuchel is not pushing for new signings.

"Anything can happen, but I haven't asked for anything," he said. "I love my team and my players. I like working with them and we have a good connection.

"There is no need for players to leave or arrive. If players are coming, okay. But as Leonardo said, he takes care of that and I take care of training. I'm calm with that."

PSG return from a two-week break with a trip to amateur side Linas-Montlhery in the Coupe de France round of 64 on Sunday.

And with a run of seven matches in the next month, including back-to-back Ligue 1 games with Monaco, Tuchel says it is inevitable his squad will be hit by injuries.

"We will do everything we can to protect the players, but honestly I think injuries will happen because it's always like this," he said.

PSG are without defenders Abdou Diallo, Thiago Silva and Presnel Kimpembe for the clash with Linas-Montlhery, who ply their trade in the sixth tier of French football.

The record 12-time Coupe de France winners are resounding favourites to progress, but Tuchel is demanding respect against the unknown quantity.

"We are the favourites to win, that's clear," he said. "But we will play with respect and seriousness. We want to win and I'm waiting for us to win.

"To show our respect to the opponents, we will have to play seriously and regain our hunger to win. It's a cup game, a decisive game and we're here to win.

"I haven't seen their ground. I don't think it will be like the Parc des Princes. I hope it won't be dangerous, but it's okay – you have to adapt." 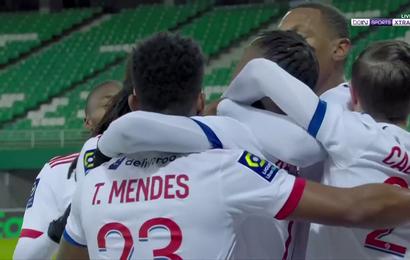