Neymar is indispensable to Paris Saint-Germain and can win the fans back over if he stays at the club, says Thiago Silva.

Brazil international Neymar has yet to feature for the Ligue 1 champions this season with coach Thomas Tuchel confirming he will not select the forward until his future has been clarified.

PSG sporting director Leonardo previously announced the 27-year-old has informed the club of his wish to leave and some fans displayed banners criticising the former Barcelona forward during their game against Nimes on August 11.

Despite losing Edinson Cavani and Kylian Mbappe to injury in a 4-0 defeat of Toulouse on Sunday, Tuchel indicated he was unsure whether Neymar would be available to face Metz on Friday.

But Silva has no doubt PSG should be fighting to keep Neymar, a reported target for Real Madrid and Barcelona, with RAC1 claiming the latter will send representatives to Paris for negotiations on Tuesday.

"Neymar is an indispensable player for any team, he was at Barca, he is for us," Silva said to RMC.

"It's a particular problem for a player with the club, we cannot get involved. But in my head I hope he stays. Yes, I already told him. It's hard to tell him all the time: 'You stay, you stay...'

"I do not know exactly what's going on between him and the club. I honestly hope that the transfer window is over soon because I cannot stand it anymore."

Of the apparent breakdown in Neymar's relationship with PSG fans, Silva added: "It's hard to talk about this situation, the fans could do it in a different way, but they think a lot with the heart.

"I think if Neymar comes back and starts helping the club and plays like last year, at the end of the season, we will all be happy, especially the fans.

"That's why I say he must stay, he can still help us a lot, and if he leaves, it will be difficult for us. He would strengthen a team that has the same goal as us [winning the Champions League], for me it's not good."

Neymar has been unable to inspire PSG to European glory thus far, with the superstar missing key knockout games due to injury in both of his seasons in the French capital.

After dominating domestically it is clear PSG desire the Champions League above all else, but Silva is unsure whether 2019-20 will be their year in the competition.

"Winning, I do not know, but of course we're going to work to win and first to go further, we have to think match after match," Silva said.

"Even without Neymar, in Manchester [against United], we made an incredible match in the first leg.

"At home, we thought a little bit that we were already in the quarter-finals, we should not think like that in top-level matches, we have to work and celebrate qualification afterwards." 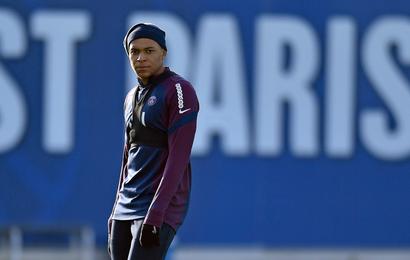