Diego Simeone is not surprised by rumored interest in Jan Oblak but hopes the goalkeeper will remain at Atletico Madrid.

Oblak has been named best keeper in LaLiga for the previous four seasons and has only conceded 26 goals in 36 games in the current campaign, helping Atleti once again clinch a top-four finish.

Chelsea are reported to be interested in the 27-year-old Slovenian, with speculation suggesting they could look to involve Kepa Arrizabalaga in player-plus-cash deal.

Simeone has become accustomed to rumors over the future of key players in his squad, however, as was the case previously in the Antoine Griezmann transfer saga before he eventually joined domestic rivals Barcelona.

"It does not surprise me, every year our most important players are wanted by the best in the world," the Atletico boss told the media ahead of Thursday's game with Getafe.

"It is normal to always look for the best – and we have many. Some have left and others have stayed.

"It is logical and normal that anyone wants Oblak. He is our captain and an important player. I hope we can count on his work, which is enormous for Atleti."

When asked again about Oblak's future at Atletico during the media call, Simeone replied: "I repeat the same thing: it is normal that they want a goalkeeper of his characteristics and value.

"It does not surprise me. He is decisive and important in the dressing room year after year. He has evolved in every way, as a goalkeeper and within the group."

Oblak has been integral in helping Atletico's nine-match unbeaten run since the resumption of the season in Spain.

The impressive streak – which includes a 2-2 draw away to second-place Barcelona – has secured Champions League football again for next season, while they still remain in the running to win this year's competition after knocking out holders Liverpool in the last 16.

For Simeone, qualification is crucial for Atleti's development both on and off the field.

🎙 @Simeone tells you what to expect from #GetafeAtleti

"It's our responsibility to qualify, always looking at the growth that the club has from this possibility that we generate by qualifying year after year," he said.

"That's how the club grows in every aspect, so it is a responsibility, an objective to be met, which is not easy always to do in life.

"We all have objectives, in any type of job. I have the luck, the work ethic and the perseverance to qualify every year and allow the club to grow and improve. When the goals are met it is normal for the club to grow." 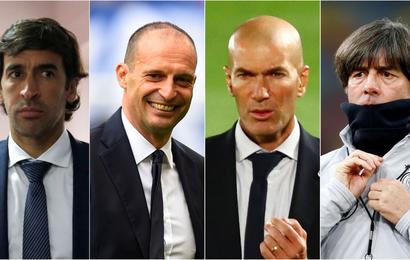