Luka Jovic feels he could play alongside Karim Benzema in the same team but indicated he is happy to let Zinedine Zidane decide how to use him at Real Madrid.

JOVIC "HAPPIEST GUY IN THE WORLD" AT REAL MADRID

Jovic's arrival is part of a major rebuild for Madrid after a disappointing campaign, with Eden Hazard, Eder Militao and Rodrygo Goes also arriving at the Santiago Bernabeu.

Karim Benzema hit 21 LaLiga goals in 2018-19 and was one of the few Madrid players to impress, although Jovic could usurp him in the team.

The 21-year-old, though, suggested at his Madrid unveiling on Wednesday he and Benzema are "compatible".

JOVIC THANKS EINTRACHT FANS AHEAD OF MADRID MOVE

"When he arrived [at Real Madrid], I was 11," Jovic told a news conference.

"He's one of the best in the world and I hope to learn a lot from him.

"I think we're compatible, but Zidane will be the one to decide.

"I have not spoken with Zidane and at Eintracht I played up front or with other strikers."

Madrid president Florentino Perez claimed Madrid saw off competition from some of Europe's elite clubs to sign Jovic, who joined for a reported €60million.

Barcelona were rumoured to have watched Jovic earlier in the year but the striker says he was unaware of interest from any clubs other than Madrid.

Jovic has not yet been assigned a squad number, with reports claiming he wants either the number seven or number 11 shirt, occupied by Mariano Diaz and Gareth Bale respectively.

"The number does not matter and it is not important," he added. 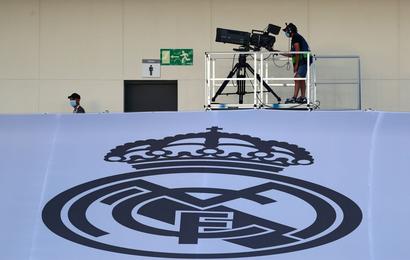 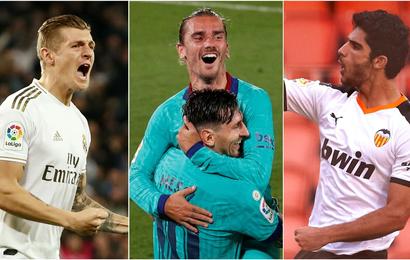